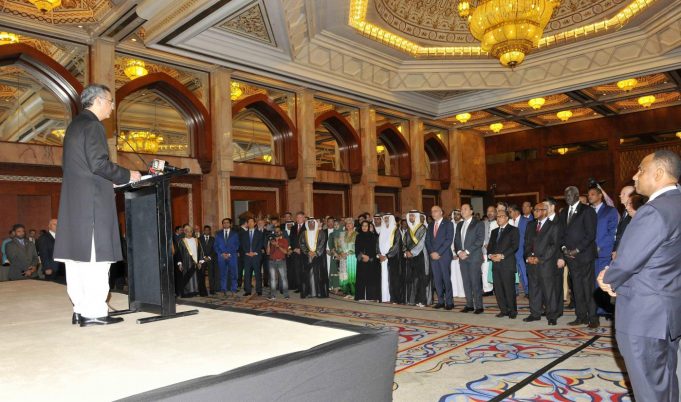 The ceremony, which was held at the InterContinental Hotel in Abu Dhabi … reports Asian Lite News.

Sheikh Nahyan bin Mubarak Al Nahyan, Minister of Tolerance, has attended a reception hosted by HE Moazzam Khan, Ambassador of Pakistan to the UAE, on the occasion of his country’s Republic Day, which is observed on 23rd March.

The ceremony, which was held at the InterContinental Hotel in Abu Dhabi, was attended by Dr. Maitha bint Salem Al Shamsi, Minister of State, Sheikh Mohammed bin Nahyan bin Mubarak Al Nahyan, Mohammed Ali Omran Al Shamsi, Director of Diplomats Affairs at the Ministry of Foreign Affairs and International Cooperation, along with a number of officials, heads of Arab and foreign diplomatic missions accredited to the state, and members of the Pakistani community in the country.