H.H. Dr. Sheikh Sultan bin Mohammed Al Qasimi, Supreme Council Member and Ruler of Sharjah, on Thursday, presided over a meeting of the management of the Sharjah Research, Technology and Innovation Park (SRTIP) at the University City.

Sheikh Sultan reviewed the developments in the SRTIP, the infrastructure projects, the main facilities at the complex and progress in completing the work of the construction and development of the first phase of the complex, His Highness also listened to a detailed explanation of the latest developments in the ongoing work in the complex, what has been achieved, and the initiatives for the progress of work, in and projects to be launched in the future.

He directed the management of the SRTIP in cooperation with the public and private sector institutions and the academic sector, to enhance the partnership between the association and these institutions to serve Sheikh Sultan vision of supporting scientific research, innovation and technological progress in the Emirate of Sharjah in particular and the UAE in general.

Concluding the meeting by approving a number of plans and projects related to the work of the complex and its development by the Ruler of Sharjah, which contribute to the promotion and achievement of the desired objectives of the Academy in scientific research and fruitful cooperation between different sectors.

The meeting was attended by Hussein Al Mahmoudi, CEO of the SRTIP, and Hamid Jafar, Member of the Board of Trustees of the American University of Sharjah. 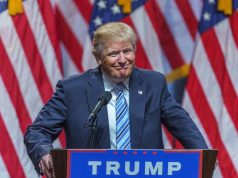