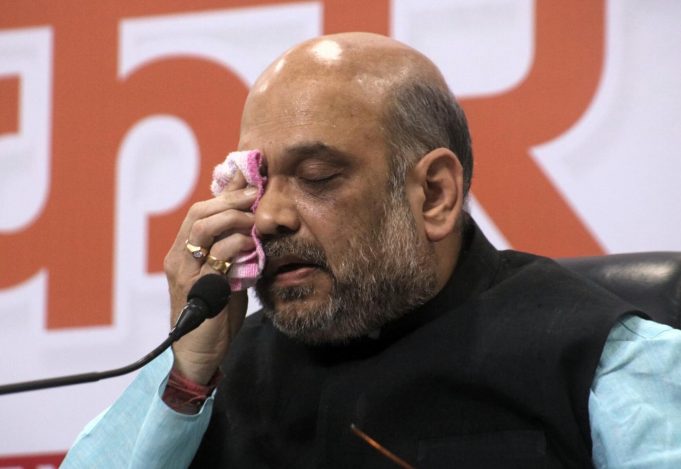 BJP President Amit Shah  hit out at opposition parties, alleging that they were spreading lies and propaganda against the Narendra Modi government as it has attained many achievements in last four years.

Addressing BJP leaders of Delhi unit, Shah also asked them to use social media platforms like WhatsApp to instantly counter the opposition’s onslaught and present government’s achievements to common man in interesting ways with “facts and figures”.

“There are number of achievements of the Modi government thus the opposition wants to break the social harmony and then contest the elections,” he said.

He also asked the social media team to tackle the opposition parties’ false propaganda and narrative.

The BJP President also said that the usage of Whatsapp in last four years has increased tremendously. “And thus the social media team should try to spread the achievements of the central government with full facts and figures.”

Shah also reviewed the organisational works taken up by the state unit in view of 2019 Lok Sabha polls and asked them to aggressively work on ground.