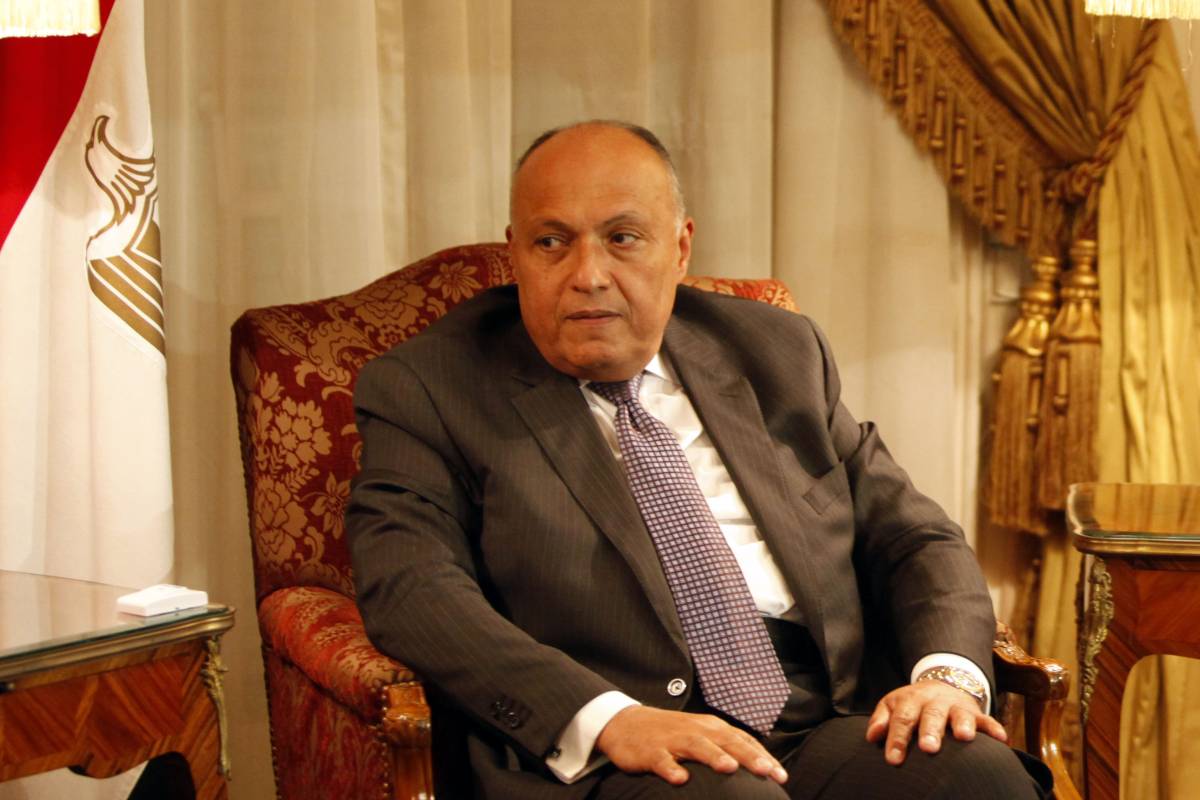 They discussed activating the signed agreements on economy and security, as well as reopening the Egyptian embassy in Tripoli and resuming flights between the two countries….reports Asian Lite News

On Monday, Siala and Shoukry “discussed the Libyan issue and support for stability”, Xinhua news agency quoted the Libyan Foreign Ministry’s spokesman Mohamed Gablawi as saying in a statement.

Shoukry stressed the continuation of cooperation between the two sides, adding that a visit by an Egyptian delegation to Libya is a serious step in this direction, the statement added.

For the first time in six years, a high-level Egyptian delegation headed by Undersecretary of the Intelligence Service Ayman Badie visited the Libyan capital Tripoli on Sunday and held talks with senior officials of the UN-backed government on bilateral cooperation.

They discussed activating the signed agreements on economy and security, as well as reopening the Egyptian embassy in Tripoli and resuming flights between the two countries.

The Egyptian embassy in Tripoli was closed in 2014 when violent clashes erupted in the city between rival armed factions, which eventually led to the current political division in Libya.

Libya plunged into chaos after the fall of late leader Muammar Gaddafi’s government in 2011, witnessing prolonged conflict between the Khalifa Haftar-led Libyan National Army (LNA) in the east and the UN-recognised Government of National Accord (GNA) in the country’s west.

The two sides had been engaged in a deadly armed conflict for more than a year in and around Tripoli, which ended recently with the GNA taking over all of western Libya after the withdrawal of the LNA.