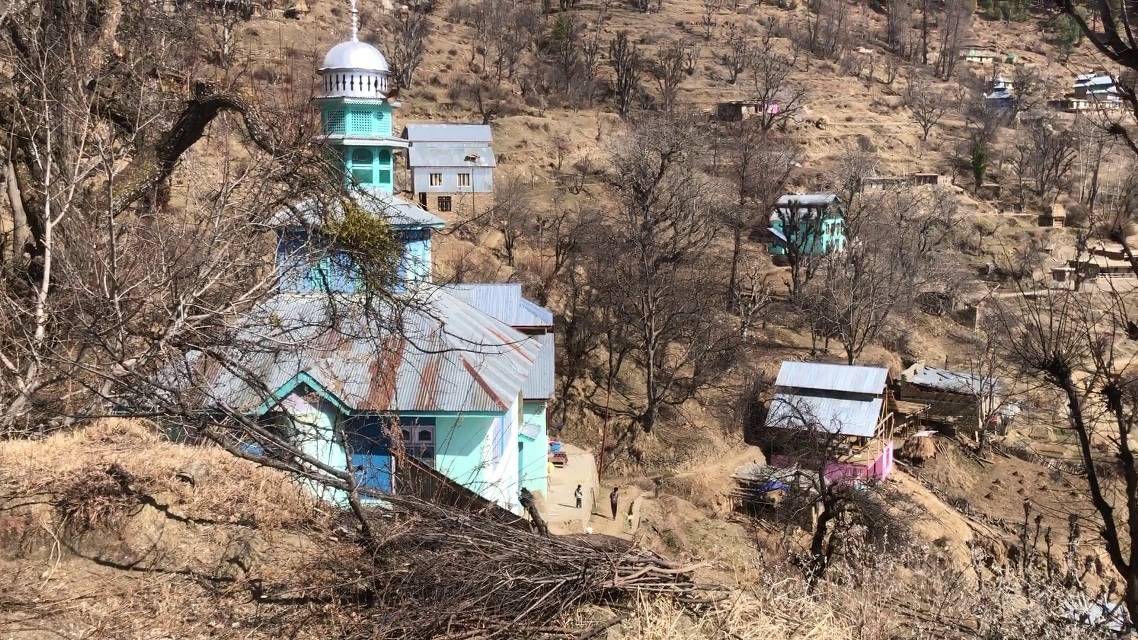 “Shastron mei likha hai” (it is written in the scriptures) and “punya ka kaam” (it is virtuous work) are two phrases repeated by the priest and locals alike while explaining the origins of this practice and its link to funerals…reports Asian Lite News.

In the lush green village of Kalihand, residents commemorate their deceased by planting trees, the fruits of which are meant for friends, neighbours and travellers.

“When someone dies in our family, we plant a tree,” said Nath Ram (75), a resident of Kalihand village in Doda, a remote district in Jammu and Kashmir. Spread over 572 hectares, the village is located 25 km away from Doda town.

Surrounded by lush green trees and rugged mountain slopes, villagers in Kalihand have a unique culture of commemorating the dead by planting a fruit tree and watering it for at least a year or longer till it bears fruit. Nearly a third of the population in the village are Hindus who follow this tradition.

“Shastron mei likha hai” (it is written in the scriptures) and “punya ka kaam” (it is virtuous work) are two phrases repeated by the priest and locals alike while explaining the origins of this practice and its link to funerals.

Pandit Daya Ram, the village priest, referred to Garuda Puran (a Hindu religious text that speaks of heaven and hell, karma and rebirth and ancestral rites, among other things) to describe how this culture is deeply rooted in religious beliefs. Those who follow the Sanatan Dharma, the priest explained, believe that there is life even after death. And the deeds you do in your life, or those done in your name after your death, decide your path – either leading you to heaven or hell.

“When someone rests under the shade of the tree or the fruit satiates someone’s hunger, it becomes punya ka kaam that would help in the salvation of the one who has died,” he said. “Planting a tree also ensures that the soul of the deceased would have shade to rest and fruit to eat,” he continued while adding that the tradition has been around for generations and has become part of the village’s culture and identity.

“There is a shared understanding among the villagers about what a funeral entails. For economically weaker families, the villagers who come to mourn the deceased contribute financially in order to offer support and sympathy to the bereaved,” said Babu Ram Sharma (45) who planted apple trees in his backyard in honour of his deceased family members.

The actions lead to afforestation on a community level, with apple, saadiyan (wild apricot), and pear trees surrounding the hamlet. “The tree can be planted in a field, on one’s own land or anywhere nearby since one needs to water it daily. Forests are not safe because of the wild animals,” said Sunil Kumar, the Naib Sarpanch of Kalihand. The backyards of homes are filled with trees, a bittersweet reminder of the many generations of bereavement the family has endured.

The tradition has evolved over the years with the inclusion of various types of trees, plants and shrubs but one thing that remains common is that the fruit born by the tree is freely available for everyone except the family members themselves, who are forbidden from picking the fruits.

“Grapevines and shrubs of aakhein (golden evergreen raspberry) are also planted but it is forbidden for the family to eat the fruit from such a tree or plant or profit from it. We have to give it away or any traveller can take the fruit if they desire,” Kumar said.

The practice, whether derived from mythology or passed through tradition, is not restricted to just this village anymore. It is being adapted in nearby villages and also in other regions in the union territory. Krishna Dev, a resident of Bhaderwah, Jammu said, “Planting of trees after the death of a family member is a recent phenomenon here, dating back nearly ten years.”

Across different countries, there are varied rituals connected with death and funerals that help soothe the grieving family. These rituals give a purpose to the actions and offer the solace of being connected to something greater. For residents of Kalihand, growing a tree and sharing its fruits with neighbours, travellers or those in need is a way for them to keep alive the memory of the deceased and offer them safe passage into the beyond.

(The author is a Jammu-based freelance journalist and a member of 101Reporters.com, a pan-India network of grassroots reporters)