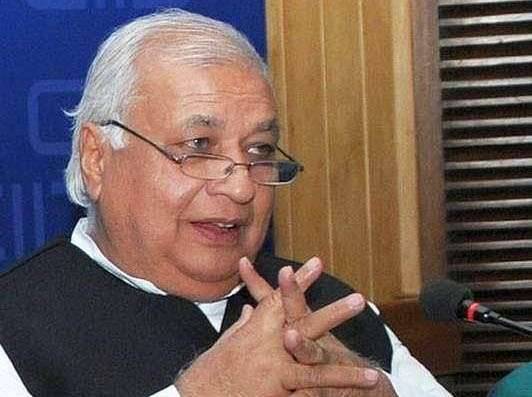 Increasing number of Covid 19 cases is really frightening the daily life of common people. Amid Covid surge in the state, the universities in Kerala have postponed all offline exams scheduled from Monday onwards following a communique from the Kerala Governor Arif Mohammed Khan.

“Vice-Chancellors have been requested by the Governor to postpone all offline exams. The Governor has suggested that fresh dates be given based on the prevailing conditions,” said the Kerala Governor’s office.

The Governor has directed the universities that it would be ideal to postpone the examinations owing to the safety of the students and teachers with the Covid cases mounting in the state.

“In view of the directions from the Chancellor and considering the representations from student organisations, Vice-Chancellor has directed to postpone all scheduled examinations of APJ Abdul Kalam Technological University,” said a release issued by Controller of Examinations of the University.

Congress MP Shashi Tharoor had taken up the issue with the Governor in a letter in which he said that he received hundreds of representations from students of Kerala University, Kerala Technological University, Calicut University, Mahatma Gandhi University, CUSAT, the Kerala University of Health Sciences, the College of Agriculture in Vellayani, and from LLB students who have to take examinations statewide between April 19 and April 28.

“I implore you, as chancellor/visitor of Kerala’s universities, to take matters in hand and decree a postponement of all physically conducted examinations until such time as either Covid is passed, or online examinations can be conducted,” Tharoor had urged in the letter.

Read More-LDF, UDF claim they will form govt in Kerala