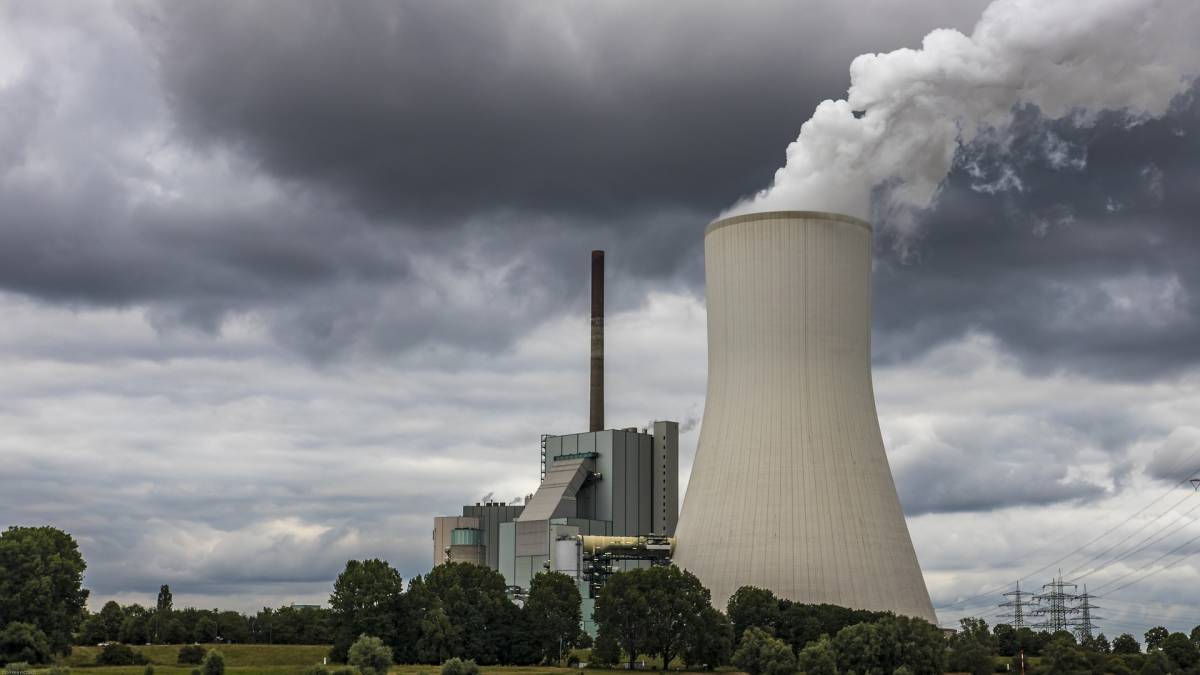 This year’s World Energy Outlook (WEO) solidifies the policy conclusion, first presented by the IEA in May, that no new oil, gas, and coal extraction projects should be approved under a 1.5 degrees C-aligned pathway, alongside a surge of investment into clean energy and efficiency solutions, a report by VISHAL GULATI

In the run-up to the Glassgow climate talks (COP26), the International Energy Agency (IEA)’s flagship annual wake up report on energy pathways, details an achievable roadmap to keep global heating below 1.5 degrees Celsius. The report calls for investment worth millions of dollars to achieve the target.

By making a 1.5 degree Celsius scenario the benchmark of this year’s World Energy Outlook (WEO), the IEA challenges governments and companies to back up lagging Paris pledges with immediate action to shift the energy system away from fossil fuels.

Notably, this year’s WEO solidifies the policy conclusion, first presented by the IEA in May, that no new oil, gas, and coal extraction projects should be approved under a 1.5 degrees C-aligned pathway, alongside a surge of investment into clean energy and efficiency solutions.

The Glasgow summit is the first meeting of the Conference of the Parties (COP) to the United Nations Framework Convention on Climate Change (UNFCCC) to be held since the Paris Agreement took over from the Kyoto Protocol in 2020.

It is also the first major UN environmental meeting to be held in person from November 1-12, 2021 since the beginning of the coronavirus pandemic.

The success or failure of the climate future is in world leaders’ hands, said Alok Sharma, President of the 26th United Nations Climate Conference (COP26) in a speech given at UNESCO Headquarters in Paris on Tuesday.

“And so is the fate of the Paris Agreement. Because since it was signed, the world has not done enough. Emissions have continued to rise, and the Intergovernmental Panel on Climate Change has issued a code red for the climate. Stating, that unless we act immediately, the 1.5-degree limit will slip out of reach,” Sharma said.

“Already, temperatures have risen at least 1.1 degrees above pre-industrial levels. Extreme weather is on the march around the world. This summer we have seen devastating flooding in central Europe and China, raging wildfires in North America, record temperatures across the globe, and what some have called the world’s first climate-induced famine in Madagascar,” he added.

“In contrast, investing in clean energy brings huge benefits. A massive scale up of clean energy would ensure energy access, reduce price shocks, prevent millions of deaths from air pollution, and create millions more jobs. The days of the WEO being used to justify dangerous investments in fossil fuel expansion must be over.”

Carbon Tracker’s Founder and Executive Chairman Mark Campanale told IANS, “Ahead of the most important climate meeting in decades, the IEA has stepped up to the plate to give us real guidance on managing the climate crisis.

“The IEA notes that fossil fuel demand has reached a peak in almost all its scenarios. We stand on the cusp of a new era. Importantly, it sets out what needs to be done beyond existing pledges to reach net zero by mid-century and repeats that there is no need for new investment in oil, gas and coal if we are to stay within 1.5C.”

Christian Aid’s climate policy lead, Kat Kramer, told IANS: “The IEA’s World Energy Outlook gives the world a failing ‘F’ grade in making the energy transition. While it rightly lauds progress on wind, solar, and electric vehicles, the grossly inadequate speed at which the energy transition is currently occurring means that governments, particularly those in richer nations, are failing to reduce their emissions in line with what the science calls for to limit temperature increases to 1.5 degrees C.”

“Governments and industries around the world need to rapidly end the use of all fossil fuels in a way that ensures a just transition for workers and communities, and that ensures that the 1.1 billion people globally that still do not have access to modern energy can leapfrog dirty development pathways.”

For Sharma, four elements for COP26 to deliver the level of ambition are: climate action plans to significantly reduce emissions by 2030 and reach net zero by mid-century, and to support adaptation to tackle climate threats.

A concrete action to deliver these plans, include agreements on reducing coal, electric cars, protecting trees and reducing methane emissions, to honour the $100bn dollar pledge to fund climate action and adaptation in developing states, and a negotiated outcome that paves the way for a decade of ever-increasing ambition.

India moving away from coal slowly

India alone is home to 7 per cent (21GW) of the global coal project pipeline, which is 56 per cent of South Asia’s total, a study showed on Tuesday, with the country moving slowly away from coal at a national level, however considerable progress is being made at the state level.

Four countries in South Asia — Bangladesh, India, Pakistan and Sri Lanka — have previously considered or are currently considering coal. Together, they account for 13 per cent of the global pre-construction pipeline (37.4GW), said a new report by climate change think tank E3G that assessed the global pipeline of new coal projects.

It finds there has been a 76 per cent reduction in proposed coal power since the Paris Agreement was signed in 2015, bringing the end of new coal construction into sight.

The report says Sri Lanka, Bangladesh and Pakistan are showing leadership in cancelling projects and making political statements that they will no longer pursue new coal power.

In India, significant socio-economic headwinds to new coal have led to state-level commitments to no new coal, opening a pathway for national-level progress.

Having considered new coal-fired power projects for a number of years, Sri Lanka is now leading the way in South Asia.

The report finds India is moving slowly away from coal at a national level, however considerable progress is being made at the state level.

Between 2019 and 2021, public officials from the states of Gujarat, Chhattisgarh, Maharashtra, and Karnataka announced their intention to not build new coal power plants.

According to a 2019 study, many more states have the potential to move away from new coal power due to a combination of socio-economic and environmental factors, particularly the rapidly increasing cost competitiveness of new renewables.

India’s pre-construction pipeline of 21GW is the second largest in the world.

India is currently constructing 34GW of new coal capacity, more than the next seven countries combined. This is on top of India’s considerable existing operating fleet of 233GW (11.3 per cent of the global total).

Yet since 2015, India has seen over 326GW of projects cancelled, including more than 250GW of shelved capacity. This means almost 7GW has been scrapped for every 1GW that has gone into operation.

Conditions are now ripe for India’s remaining pipeline to not continue into construction, says the report. The cost implications of building new coal are starker in India than in many other countries, with clear evidence that even a country with large domestic coal reserves can struggle to make coal-fired power economically viable.

Average coal plant load factors have fallen consistently, from 61 per cent in 2018 to 53 per cent in 2021, making it more expensive to run existing plants and highlighting the folly of building new coal.

This is cheaper than the majority of the existing Indian coal fleet, and all the new coal projects. Renewables backed by storage are also increasingly competitive.

Even the under-construction pipeline of coal projects (34GW) face major stranded asset risk, according to IEEFA’s June 2021 study. Stressed and stranded assets are already a reality, for example the seven-plus coal power units totalling 7410MW that have either been ordered to be liquidated or are heading for liquidation, six of which were in early stages of construction.

Most private developers have little appetite for coal and are instead pivoting to renewables, making it increasingly hard to fund new coal projects. Recent analysis also suggests that India may not even need additional coal capacity to meet its future electricity demand and could even begin retiring older coal plants and still meet demand projections.

While Indian national politics have hesitated to engage in discussion on moving away from coal for multiple reasons, progress is being made at the sub-national level, with several states considering pivoting away from new coal.

Senior government officials in Gujarat, Chhattisgarh, Maharashtra and Karnataka have all signalled their intent to not pursue new coal power projects.

India’s pursuit of coal has typically been justified on energy security, affordability, and development arguments, but new coal does not make economic sense for India anymore.

Renewable energy can deliver these outcomes better, quicker and cheaper, and without the negative socio-economic, health, and environmental impacts of coal, concludes the report.