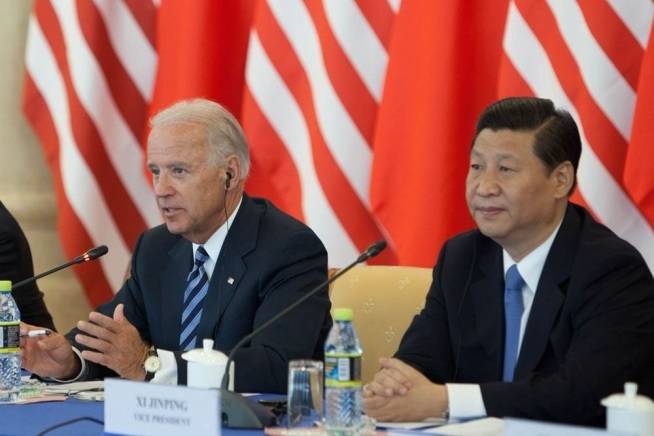 Now that Cold War 2.0 (between the PRC and the US) is upon us, once again the choice of partner has been made by the other side, writes Prof. Madhav Nalapat

The PRC has built up a collection of admirers and apologists in the Atlantic powers since the 1970s, hence the laudatory reactions that met its announcement that Beijing was cutting off assistance to new coal-based power plants. Except of course those intended to be built in China. Such commentators omitted to factor that into their cheery recital of how the PRC was going more than the extra mile in protecting the planet.

Until 2014, it was the practice for the PRC to encourage India to do the heavy lifting in challenging efforts by rich countries to load major but still poor countries such as India with a disproportionate share of the sacrifices needing to be made on the road towards carbon neutrality. The Indian delegation during that period would seek to form coalitions of poor countries to oppose rich countries. China would give India the appearance of going along, while at the same time quietly cutting deals safeguarding its own other interests in return for not opposing the rich countries with which it was trading.

Since 2014, much to the dismay of climate champions, PM Modi’s instructions to make India part of the solution rather than the problem have been followed by Indian climate delegations. China no longer can use India as its preferred bludgeon for resisting the pressure of rich countries. At the same time, India has advanced its climate goals. Although having huge reserves of coal, domestic production has been kept limited, and the deficit made up by imports, mainly from rich countries such as Australia.

Meanwhile, taking advantage of the many policies designed to promote alternative energy solutions, China has emerged as the world’s leading producer by far of not just solar panels, but storage batteries needed by the non-conventional power industry. Despite efforts at change, some of which have been successful, regulatory bottlenecks in India continue to deprive the country of the status of being the lead producer of batteries. Not to mention the manufacture of wind and solar systems, despite obvious natural advantages, including abundant sunlight and a long (often windy) coastline. Industry in India appears to prefer the convenience of imports rather than the harder slog of raising domestic production to levels much higher than now.

The problem in India is that the colonial administrative construct has an inbuilt distrust of the citizen, with the result that the effort is to micromanage across fields of activity. An example is the banking system. There are several regulations that remain despite being superfluous in Digital India. Yet bank frauds persist, and in several such cases, rules are followed to the letter in the technical sense. Clusters of scamsters have come up that have mastered ways to game the system. Once any of them gets discovered, still more restrictions are put in place, loopholes which get quickly discovered. Meanwhile, loans gone bad multiply, with very little apparent accountability.

Money that ought to have been expended on stimulating the economy to protect jobs and boost output and consumer demand gets diverted towards filling the massive holes in the balance sheets of nationalised banks. Who are the VIPs who made those phone calls to banks asking for loans to be given to those with zero intent to pay? They remain unnamed, even as major defaulters continue to evade deportation.

There has been substantial pressure on India to slash coal usage to levels that would place at risk economic recovery. This has understandably been resisted by PM Modi. Meanwhile, the EU has itself backtracked on its own promises of fossil fuel reduction. European governments fear that going ahead with sharp cuts would cause a recession. Germany must be regretting Angela Merkel’s impulsive decision to shut down nuclear power units, despite the fact that they generate clean energy. Despite Chernobyl and Fukushima, nuclear power remains safe, in the way that travel in an aircraft several tens of thousands of feet up in the skies is safer than rail or road travel, as experts have pointed out in the past.

Certainly wind and solar power need to be encouraged, especially in India. Tweaking of the regulatory and tax structure would help, as would the creation of an ecosystem better conducive to innovation. Modi has been seeking to bring in lateral entry into the administrative services almost from the time of taking charge as Prime Minister, but those entrenched in the system have ensured that such entrants are few. Not only that, their terms and conditions are very different from those who have passed through the administrative examinations.

Sardar Patel gave security of tenure to administrators on the ground that they were honest and efficient. Those not fulfilling the Sardar’s criteria need to be asked to change their careers rather than continue and slow down the speed of change. Meanwhile, European countries relook at coal and so does China, now that it is facing a shortage of energy. The climate conference soon to take place in the UK seems almost stillborn as a consequence of the coal shortage in several countries and its impact on power generation.

Boris Johnson is headed towards India once again, most likely to persuade this country to go forward with deeper cuts on coal usage. This while his neighbours in Europe are doing the opposite. Not that efforts at alternative energy should be given up. The present crisis makes clear that technological progress has to be the driver of cleaner systems of power generation. Better batteries, cheaper harnessing of wind and solar power. For whatever reason, innovation within the country in such fields has not kept pace with the need, and again, this must change so that India leads rather than follows.

This can happen once an ecosystem facilitating advances in technology gets completed. Diplomacy is crucial to the taking advantage of new opportunities. There was a time when “All Alignment” made sense. This was after the Soviet collapse and before the PRC had grown into a superpower that was challenging US primacy across the board. Certainly since the assumption of control of the CCP by Xi Jinping, choices between the two camps cannot any longer be avoided.

During the USSR-US Cold War 1.0 (partly owing to missteps by the rulers of India during that time), the close relationship between the US and Pakistan shut the option of an alliance between Delhi and Washington. The foundation of state policy (as set by the military) in Pakistan is to seek to harry and weaken India, and unless this changes, prospects for an amicable resolution of differences with Islamabad will remain illusory. Now that Cold War 2.0 (between the PRC and the US) is upon us, once again the choice of partner has been made by the other side.

The relationship between GHQ Rawalpindi and the PLA, and between Pakistan and China, has never been closer. Given that both countries share the common objective of kneecapping India’s prowess, our clear choice is an understanding with the US and its partners. Such a pairing would include cooperation in advanced and non-conventional technologies as well. Balancing between hostile superpowers is unfeasible, as was demonstrated during Cold War 1.0, when “non-alignment” in practice meant a tilt towards Moscow.