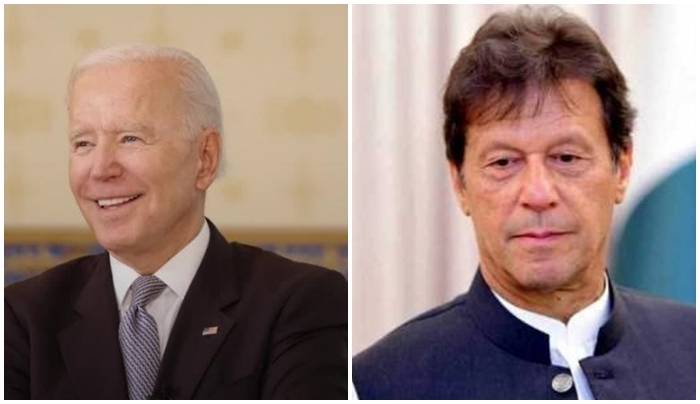 While officials at various levels of the US government have spoken to their Pakistani counterparts, Biden has not reached out personally to Khan…reports Arul Louis

Joe Biden has no immediate plans to call Pakistani Prime Minister Imran Khan, who has blamed Washington for the Afghanistan mess and its fallout in Islamabad, according to the US President’s spokesperson Jen Psaki.

Asked by a reporter if Biden would call Khan “soon”, Psaki said on Monday: “I don’t have anything to predict at this point in time.”

While officials at various levels of the US government have spoken to their Pakistani counterparts, Biden has not reached out personally to Khan.

The reporter said that while Biden was “mid-meeting” with Prime Minister Narendra Modi on September 24, Khan at the UN delivered “some scathing criticism of the US’s actions in Afghanistan. And he’s lamented the lack of direct engagement between himself and President Biden”.

“Why hasn’t the President used this aggressive diplomacy to answer that call from the Prime Minister of Pakistan to engage directly?” she asked.

Psaki replied: “The President has not spoken with every foreign leader at this point in time; that is absolutely true. But he, of course, has a team — an expert team deployed to do exactly that.

“I wouldn’t overread into a leader-to-leader call in that particular regard.”

Khan had given a similar reaction when an interviewer had asked him about Biden’s silence.

Asked by a CNN interviewer earlier this month about not having had a personal conversation with Biden, Khan said: “I would imagine he’s very busy, but our relationship with the US is not just dependent on a phone call, it needs to be a multidimensional relationship.”

At Monday’s briefing, Psaki said: “We have been in touch at very high levels with leaders in Pakistan from the State Department, from the Department of Defence, and from other key components of the administration.a

“We are continuing to work together and work on initiatives where we can, make clear where we have concern.”

Deputy Secretary of State Wendy Sherman is scheduled to visit Pakistan next month on a trip that will also take her to India.

On September 24, Khan spoke at the UN just after Biden’s Quad summit with Modi and Prime Minister Yoshihide Suga of Japan and Scott Morrison of Australia.

“There is a lot of worry in the US about taking care of the interpreters and everyone who helped the US. What about us?” the Pakistani leader asked.

Khan gave a long list of US wrongs towards his country and blamed it for the manner in which the Taliban took over Afghanistan.

“The only reason we suffered so much was because we became an ally of the US, of the Coalition, in the war in Afghanistan. There were attacks being conducted from the Afghan soil into Pakistan. At least there should have been a word of appreciation. But rather than appreciation, imagine how we feel when we are blamed for the turn of events in Afghanistan.”

He recalled that the Afghan mujahidin had been trained and supported by the US when they were fighting the Soviet Union.

Khan said that in 2006 he had met Biden, who was then a Senator, and told him that a military solution was not possible in Afghanistan and urged a political settlement.