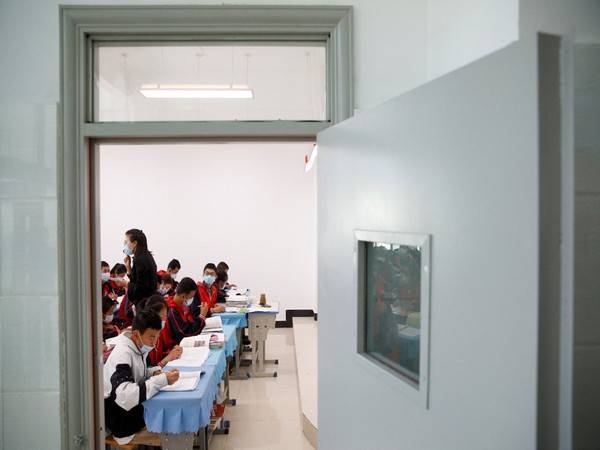 Activists have called the decree an attempt to Sinicize the education system in ethnic and rural areas….reports Asian Lite News

A new decree by China has imposed the Mandarin language on all preschool children and it requires all kindergartens across ethnic and rural areas to use Mandarin as the medium of instruction for school activities, a media report said citing the rights group Tibetan Centre for Human Rights and Democracy (TCHRD).

The decree — announced in July came into force this month — read: “Starting from the fall semester of 2021, all kindergartens in ethnic areas and rural areas that have not used the national standard language for childcare and education activities will use the national standard language for activities to create a good Mandarin education environment for children,” Tibet-centred news portal Phayul reported on Monday.

Beijing’s ‘Children Homophony Plan for Putonghua Education for Preschool Children’ focuses on “cultivating a strong foundation of the standard Chinese language” and also to help “build a community for the Chinese nation from an early age”, Phayul said.

Activists have called the decree an attempt to Sinicize the education system in ethnic and rural areas.

According to Phayul, Tenzin Sangmo, a researcher at TCHRD, said: “The plan is designed to weaken the child’s grasp of one’s mother tongue in the first few years. Although studies have shown that children are capable of picking up more than one language in early years and much rest in the hands of parents, we must remember that the imposition of compulsory Mandarin education in this context would serve as a conduit for Sinicisation lessons and cultural values that come with the introduction of a language.”

In batches during the 2021- 2025 period, the teachers will also have to undergo ‘national common language application ability training’.

Activists believed that due to such decrees, the sustainability of the Tibetan language is going to be difficult.

Tashi Wangchuk, a common Tibetan who protested for language rights was sentenced to five years in prison by the Chinese officials. He was released in January this year after completing his prison term.

Raising voices for language rights has become unsafe in Tibet. The Chinese government uses blanket charges like ‘inciting separatism’ on such activists in Tibet. (ANI)