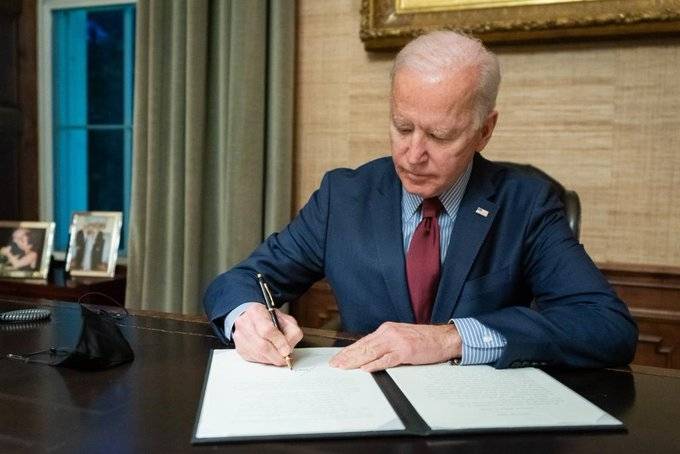 President Joe Biden has said that the US was “doing a lot for India” by sending it oxygen and materials to make anti-COVID-19 vaccines.

He said on Tuesday that he had spoken to Prime Minister Narendra Modi and “what he needs most is, he needs the material and the parts to be able to have his machines that can make the vaccine work. We’re sending them that.

“We’re sending them a lot of the precursors,” he added, referring to the ingredients needed for making the vaccines.

He said the US was also sending oxygen, which is in short supply in the nation in the throes of a COVID-19 resurgence.

Secretary of State Anthony Blinken has acknowledged assistance last year from India when the US was facing its deep crisis while speaking of the aid the US is now sending it.

“India came to our assistance early on in our hour of need when we were having real struggles with COVID-19, providing millions and millions, for example, of protective masks. We remember that, and we’re determined to do everything we can to help now,” he told the Financial Express according to the interview transcript provided by the State Department.

He said, “What I’ve seen really is an amazing mobilisation not just of the United States government, but of our private sector, and of Indian Americans as well. I was on a call a week ago with virtually every leading CEO — it was a who’s who — all wanting to help. And the government, our government, is coordinating those efforts. So we are doing everything we can.”

Biden’s Spokesperson Jen Psaki, who gave a rundown of the assistance to India, said that the US government was sending ingredients for making 20 million doses AstraZeneca (Covishield) vaccine from supplies that it had ordered.

These were ingredients had been ordered on a priority basis by invoking the Defence Production Act to supply to companies under contract to make vaccines for it.

The US is unlikely to need the 300 million doses of the AstraZeneca vaccine that it had contracted because it has adequate supplies of the Moderna, Pfizer and Johnson & Johnson vaccines.

She said that the total value of the COVID-19 aid will exceed $100 million.

Psaki said that six air shipments funded by the US Agency for International Development (USAID) with oxygen and oxygen supplies, N95 masks, rapid diagnostic tests, medicines and components requested by the Indian government have already been sent.

“At the request of the government of India, USAID provided these urgently needed supplies to the Indian Red Cross to ensure they reach those most in need as quickly as possible,” she said.

India is in dire need of oxygen and USAID sent about 1,500 oxygen cylinders that will remain in India and can repeatedly be refilled locally, 550 concentrators to obtain oxygen from ambient air and a large-scale unit to support up to 20 patients, she said.

She said that 2.5 million N95 masks have been sent and an additional 12.5 million are available if the Indian government asked for them, she said.

One million rapid diagnostic tests and 20,000 treatment courses of the anti-viral dug Remdesivir have also been sent, she said.