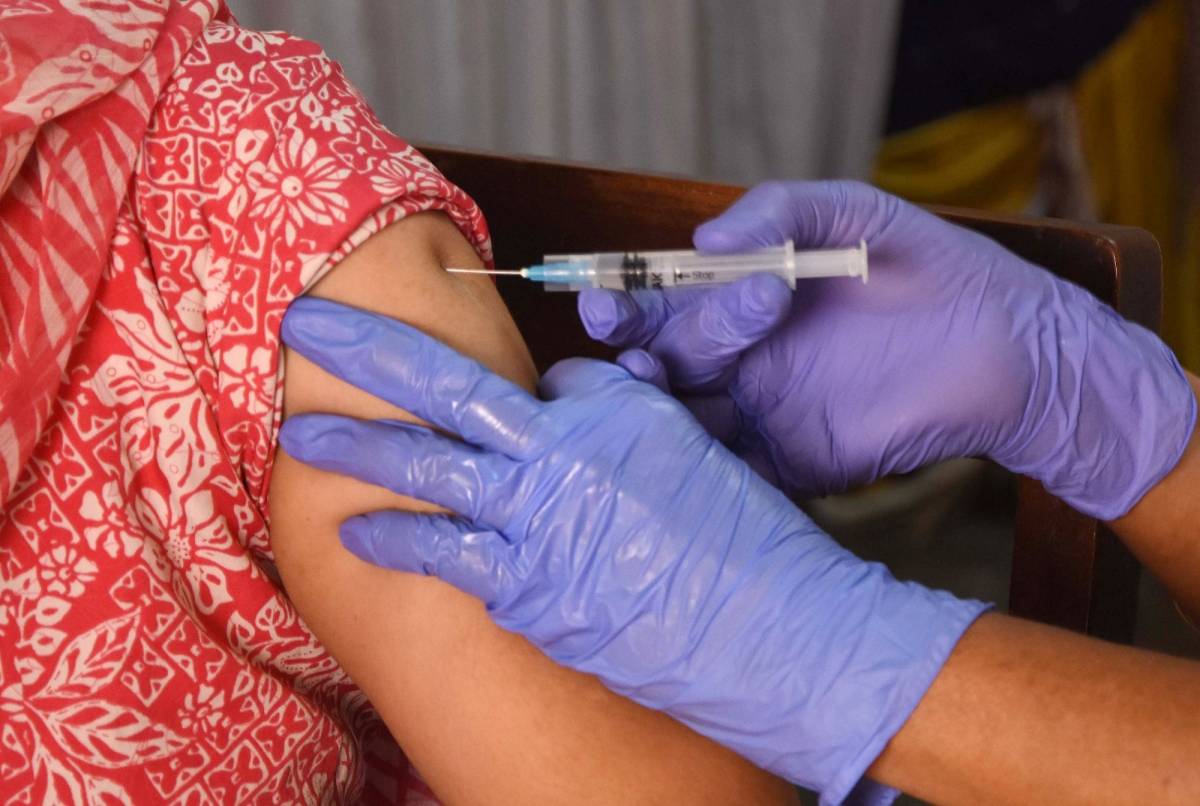 In wake of the incident, the state government has now decided to distribute coupons for vaccination…reports Asian Lite News.

India on Tuesday achieved a new milestone of administrating over 1 crore Covid vaccine doses across the country.

The numbers are the highest achieved by India on a single day since the beginning of the vaccination drive on January 16.

The data of 1.09 crore vaccinations is as per the provisional reports received till 7 pm on Tuesday.

At least 25 people were injured, including six seriously, when hundreds of local residents tried to enter a vaccination centre in West Bengal’s Jalpaiguri district, leading to a stampede-like situation on Tuesday, officials said.

Though there was no stampede, similar chaotic situations were noticed at Murshidabad medical college and in several places in North 24 Parganas district.

In wake of the incident, the state government has now decided to distribute coupons for vaccination.

The incident at Jalpaiguri happened in the afternoon when people standing outside the vaccination centre rushed inside. “As soon as the main gate of Dhupguri Health Centre was opened, several people tried to get inside the facility pushing each other. A stampede-like situation arose there. Several women were injured. We are probing the matter,” an official said.

A senior police officer of Jalpaiguri said: “The injured people have been rushed to Jalpaiguri district hospital and they are undergoing treatment. We are probing the matter. According to a preliminary investigation, those who were in the queue tried to enter the centre in the apprehension of a shortage of vaccine doses.”

The inoculation programme at the facility has been stopped following the incident, he added.

Chief Secretary H.K. Diwedi held a meeting with the District Magistrates, Superintendents of Police, and Chief Medical Officer of Health, and instructed them to streamline the vaccination system.

Senior officials said that several decisions have been taken to control the rush. “It has been decided that the state will arrange for distribution of coupons to the people two days before and none will be allowed inside the vaccination centres without a coupon,” an official said.

“Coupons will be delivered one to two days in advance. In addition to the staff of the district Health Department, ICDS staff must be employed to distribute coupons. Additional District Magistrate, Additional Superintendent of Police or senior health officials should be present at the vaccination centres,” the official added.

“This will help in crowd management as well help in maintaining the covid protocol,” the official said.

The Chief Secretary also asked the district administration to make arrangements for necessary police force and should ask the Inspector-in-Charge or the Officer-in-Charge of the respective police station to be present at the vaccination centres and personally oversee the crowd management.

With Onam festivities ending a week back, it appears the relaxation of lockdown norms then has not caused much damage so far, even though Kerala on Tuesday logged 30,203 new Covid cases from 1,60,152 samples tested in the past 24 hours.

As the daily tally crossed 30,000 after a gap of two days, the day’s test positivity rate stood at 18.86 per cent and the figures continue to show that Kerala leads the rest of the country in most indicators of Covid.

In a statement issued here, Chief Minister Pinarayi Vijayan also said that 20,687 people turned negative, taking the total number of active cases to 2,18,892, while 115 more deaths were reported, taking the death toll to 20,788.

Malappurram district accounted for 3,576 new cases, followed by Ernakulam with 3,548.

Reacting to the latest numbers, Health Minister Veena George said that with the figures that are coming out clearly shows they have “some relief”.

“Following the Onam festivities and the relaxation in the lockdown norms, there were fears, but the figures show things are well under control. Hence we all must continue to be very alert,” she said.

READ MORE-True number of Covid cases in Pakistan likely to be much higher: UK