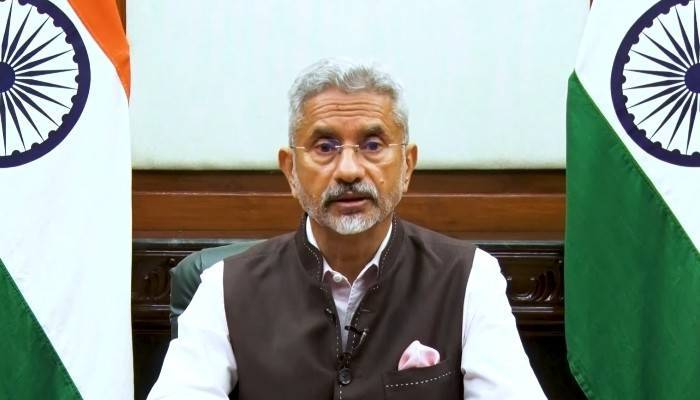 On Thursday, India and China held the 23rd meeting of the Working Mechanism for Consultation and Coordination on their border affairs…reports Asian Lite News.

External Affairs Minister S. Jaishankar on Friday said India and China are going through a “bad patch” in their ties because Beijing has taken a set of actions in violation of agreements for which it still don’t have a “credible explanation” and it is for the Chinese leadership to answer where they want to take the bilateral relationship.

“We are going through a particularly bad patch in our relationship because they have taken a set of actions in violation of agreements for which they still don’t have a credible explanation and that indicates some rethink about where they want to take our relationship, but that’s for them to answer,” Jaishankar said in response to a question at a panel “Greater Power Competition: The Emerging World Order” at the Bloomberg New Economic Forum in Singapore.

On Thursday, India and China held the 23rd meeting of the Working Mechanism for Consultation and Coordination on their border affairs.

During the talks, the two sides recalled the agreement between External Affairs Minister and the Foreign Minister of China during their meeting in September in Dushanbe that military and diplomatic officials of the two sides should continue their discussions to resolve the remaining issues along the Line of Actual Control (LAC) in Eastern Ladakh.

Accordingly, the two sides had candid and in-depth discussions on the situation along the LAC in Western Sector of India-China Border Areas and also reviewed the developments since the last meeting of the Senior Commanders of both sides which was held on October 10, 2021.

In this regard, they agreed on the need to find an early resolution to the remaining issues along the LAC in Eastern Ladakh while fully abiding by bilateral agreements and protocols so as to restore peace and tranquility, the MEA said in a statement.

The two sides also agreed that both sides should in the interim also continue to ensure a stable ground situation and avoid any untoward incident, the MEA added.

It was agreed that both sides should hold the next (14th) round of the Senior Commanders meeting at an early date to achieve the objective of complete disengagement from all the friction points along the LAC in the Western Sector in accordance with the existing bilateral agreements and protocols.

In an apparent reference to the June 15, 2020 Galwan Valley incident in which 20 Indian soldiers were killed during a clash with PLA soldiers, he said: “I don’t think the Chinese have any doubt on where we stand on our relationship and what’s not gone right with it. I’ve been meeting my counterpart Wang Yi a number of times. As you would’ve experienced, I speak fairly clear, reasonably understandably there is no lack of clarity so if they want to hear it I am sure they would have heard it.”

ALSO READ-New India will give befitting reply to adversaries: Rajnath