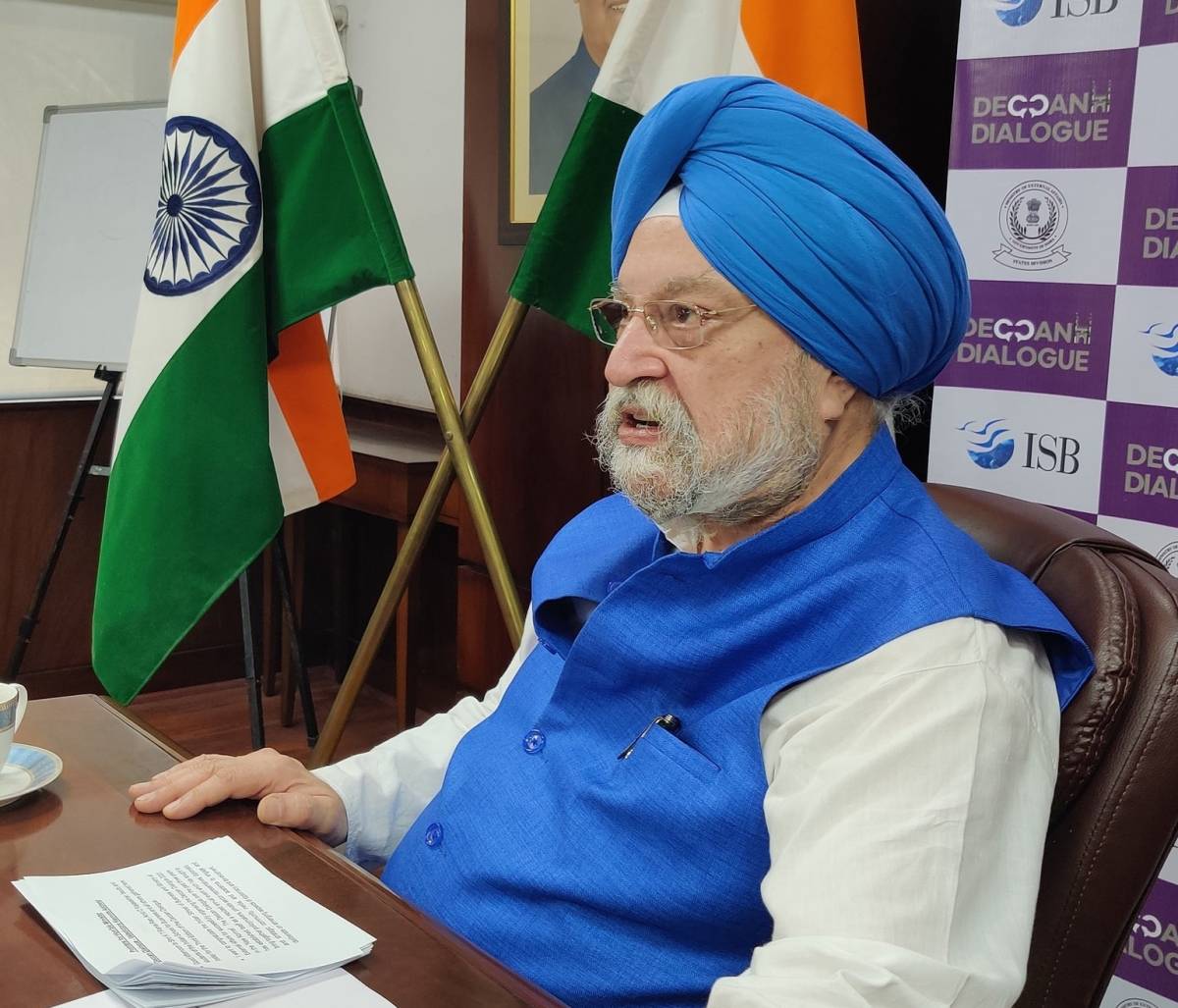 India’s new Minister for Petroleum and Natural Gas, Hardeep Singh Puri, has completed a round of consultations through courtesy calls to major oil producing countries in the Gulf.

India has strong energy relationships with oil and gas producers in the GCC area, which accounts for the bulk of India’s oil imports and related energy sector partnerships.

Puri’s first call after taking over as Minister for Petroleum and Natural Gas was to Dr. Sultan bin Ahmed Al Jaber, UAE Minister of Industry and Advanced Technology and Managing Director and Group CEO of the Abu Dhabi National Oil Company (ADNOC), according to details of Puri’s activities issued by his Ministry since he assumed his new office.

His next call was to Prince Abdul Aziz bin Salman Al Saud, Minister of Energy of Saudi Arabia.

During his conversation with Dr. Sultan Al Jaber, Puri “discussed ways and means to invigorate the vibrant bilateral strategic energy partnership between India and UAE. We agreed to take the bilateral energy engagement to greater heights and also to diversify into new areas in the context of fast evolving global energy transition,” according to the Indian Ministry.

Puri’s discussions with the Saudi Minister of Energy were “warm and friendly.” They focused on “strengthening bilateral energy partnerships and developments in the global energy markets.”

According to Puri’s account of the discussions, he “highlighted the crucial role of Saudi Arabia in the rapidly growing energy needs of India.” He expressed India’s strong desire to work with Saudi Arabia to further diversify the bilateral strategic energy partnership beyond buyer-seller arrangements to see greater two-way investments.

In another call, Puri invited Kuwait’s Minister of Oil, Dr Muhammad Al Fares, to visit India to “work towards further expanding the excellent bilateral engagement in the hydrocarbons sector between the two countries. Kuwait is an important partner in our energy security matrix,” the Indian Ministry asserted.

Puri also had discussions with Saad Sherida Al-Kaabi, Qatar’s Minister of State for Energy, who is also President and CEO of Qatar Petroleum.