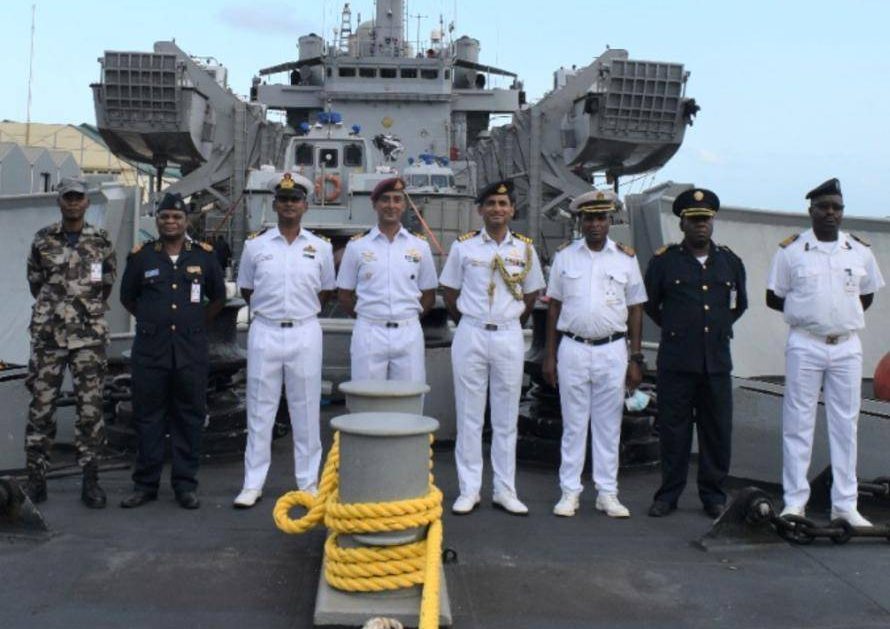 According to the statement, 500 tons of food aid has been shipped by INS Kesari to support the efforts of Government of Mozambique to cope with ongoing drought and concurrent challenges of pandemic…reports Asian Lite News.

In consonance with Prime Minister Narendra Modi’s vision of Security and Growth for All in the Region (SAGAR), INS Kesari entered Port of Maputo, Mozambique on Saturday carrying two fast interceptor craft and self-defence equipment to be handed over to the Armed Forces of East African nation which has a long Indian Ocean coastline.

These deployments were conducted in solidarity with India’s extended maritime neighbourhood and highlight the importance accorded by India to these special relationships, said a statement by the Ministry of Defence.

This is the eighth such deployment in consonance with the Prime Minister’s vision of SAGAR and is being conducted in close coordination with the Ministry of External Affairs, and other agencies of the Go, it stated.

According to the statement, 500 tons of food aid has been shipped by INS Kesari to support the efforts of Government of Mozambique to cope with the ongoing drought and concurrent challenges of pandemic.

India also remains committed to supporting the capacity building efforts of the Armed Forces of Mozambique, it said.

INS Kesari, a Landing Ship Tank (Large) had undertaken similar mission in May – June 2020 to provide humanitarian and medical assistance to Maldives, Mauritius, Seychelles, Madagascar and Comoros, including deployment of Medical Assistance Teams of the Indian Navy in multiple locations, it said.

Since May 2020, the Indian Navy has deployed ships to 15 Friendly Foreign Countries under SAGAR missions, the statement mentioned.

These deployments spanned over 215 days at sea have delivered cumulative assistance of more than 3,000 MT of food aid, over 300 MT LMO, 900 Oxygen Concentrators and 20 ISO containers, it added.

Whilst undertaking these missions Indian Naval Ships have traversed a cumulative distance of close to 40,000 nm which is nearly twice the circumference of the earth, the statement said.

With a steadfast intent of making such a high quantum of humanitarian assistance reach its destination in time, personnel from ships and shore organizations of the Indian Navy have invested close to a million man-hours to deliver succour to our friends overseas, it added.