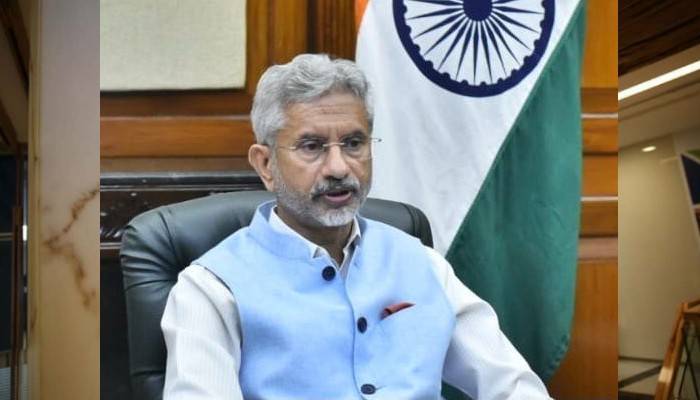 Two, Modi’s governance vision “is one where no one is left behind. Therefore, the pursuit of integrated and equitable development. The numbers PM shared speak for the government’s record”…reports Nikhila Natarajan.

The very first takeaway was an answer to those attempting to lecture India on democracy. Jaishankar emphasised right upfront that India is “the Mother of Democracy” and “based on his own experiences, PM affirms that democracy can deliver, democracy has delivered”.

Two, Modi’s governance vision “is one where no one is left behind. Therefore, the pursuit of integrated and equitable development. The numbers PM shared speak for the government’s record”.

Three, the “impact of India’s development on global progress is evident. When India grows, the world grows; when India reforms, the world transforms”.

Four, India’s “strong message of a foreign policy for global good (notably) India’s importance as a responder and a contributor (was) underlined”.

Five, aligned with her status as a leading power, India’s commitment “of vaccine supplies to the world is one clear indicator in that regard”.

Six, the PM’s highlighting of “the transformational role of technology in our daily lives. But equally, the significance of technology with democratic values”.

Seven, a message that “resilient and expanded global value chains and production centres is in our (the world’s) collective interest”.

Nine, India’s advice that “ocean(s) and its (their) resources must be protected. This lifeline should be safeguarded from expansion and exclusion”.

Ten, PM’s note of caution “against regressive thinking and extremism”. It follows that “using terrorism as a political tool will backfire on those practicing it”.

Eleven, on Afghanistan, the world “must not allow use of its soil by terrorists. Nor should its (Afghanistan’s) predicament be taken advantage of by other states. The world has an obligation to its women, children and minorities”.

Finally, the PM telling the UNGA that “United Nations must enhance its effectiveness and reliability”.

Noteworthy here, the PM’s takeaway was that “there are questions on that count”.