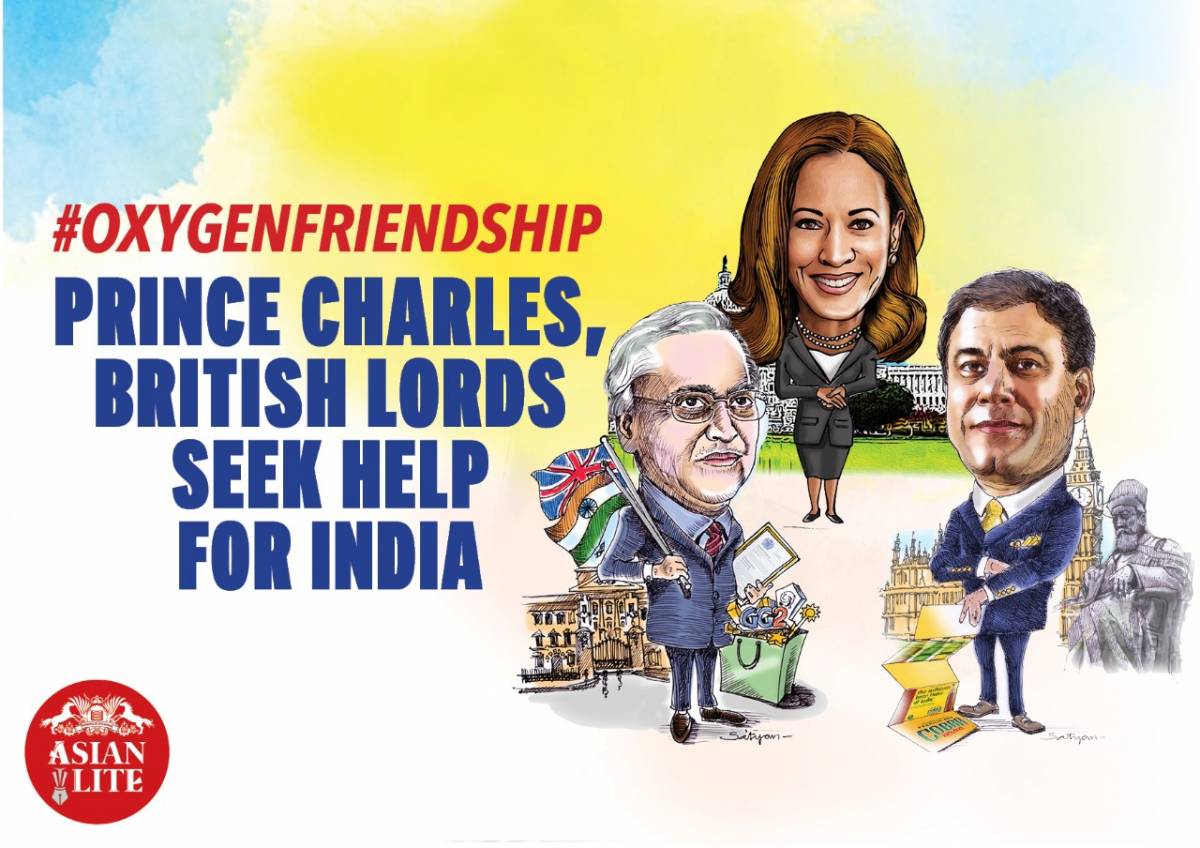 Nations across the world have come forward to help India in its fight against the second wave of coronavirus pandemic which is extremely virulent and ravaged the country in the last few weeks. The Covid cases have crossed the record 400k mark every day.

The US, the UK, France, Ireland, Australia, Germany, Saudi Arabia, Singapore, Hong Kong, Thailand, the UAE, Kuwait and Russia have assured medical aid to India with much of the aid on its way.

After US President Joe Biden spoke to Prime Minister Narendra Modi over phone, the US has committed to provide a range of emergency assistance, including oxygen-related supplies, vaccine materials and therapeutics.

France is sending relief material in two phases. In the first phase, eight large oxygen generating units that can be installed quickly, liquid oxygen, 28 respirators and their consumables and 200 electric syringe pushers are arriving this week. In the second phase, five liquid oxygen containers will arrive next week. Similarly, Ireland is sending 700 oxygen concentrators this week.

Sources said that Germany is sending a mobile oxygen production unit which will be made available for three months along with 120 ventilators and 80 million KN95 masks.

Kuwait and Russia have also committed to send medical supplies.

Some of the medical supplies are also coming through private channels from various countries. For example, Singapore is sending 500 BiPAPs, 250 oxygen concentrators, four Cryogenic oxygen containers and other medical supplies.

“There is no question that it is a great tragedy, in terms of the loss of life, and as I have said before, and I will say again, we as a country have made a commitment to the people of India to support them,” the US Vice President said.

“We have already made a commitment in terms of a dollar amount that will go to PPE and a number of other things. But it is tragic. My prayers go to the people on the suffering, the blatant suffering that is happening,” Harris said in response to a question.

“British business stands in solidarity with India in light of the devastating health crisis which is unfolding,” Lord Karan Bilimoria said in a statement. “At this crucial moment we are urging UK firms to donate critical resources and supplies where they can. This includes: ventilators and breathing apparatus, lateral flow tests, empty refillable oxygen cylinders with 10 litres and 45 litres LMO capacity, ISO containers to facilitate transport of liquid oxygen to deficient areas, oxygen concentrators, in situ oxygen manufacturing plants for hospitals, oxygen generator plants, bilevel positive airway pressure (BPAP) machines, PPE, warehousing, transport & logistics. There is also an urgent need for Remidisvir and Favipiravir to help treat those with the virus.”

“The UK and India share a close bond based on our enduring ties and ongoing close cooperation. The global challenge of the pandemic must be tackled on a united front. If we are not able collectively to control the spread of the virus it will remain a huge risk for lives and economies around the world. The B7 Summit hosted by the CBI on 11th and 12th May will be a crucial moment to show solidarity and strong support to our Indian friends in a moment of need and ensure a resilient global recovery from this devastating pandemic.”

“I welcome the initiative launched by the CBI to unite the British Industries to help India. The Covid pandemic is a global issue and needs a global response. No country can escape from it in isolation. Every nation must unite to defeat the scourge collectively,” said Lord Rami Ranger, the Chairman of Sun Mark group.
“The initiative will prove effective and bring much-needed relief to the people of India who are suffering an unprecedented challenge due to the second wave. Lives must be saved, and support must be given to those fighting for their lives. This is a real service to humanity.”

“It’s an unprecedented situation. We are sourcing many of oxygen, drugs from many countries. Many countries have come forward on their own to offer us assistance. Countries said they appreciated our assistance and they’re giving us in return,” the Foreign Secretary said during a special media briefing.

The Foreign Secretary said over 40 countries have come forward to offer assistance to India to help in view of the unprecedented situation.

He said India is looking at procuring 400,000 units of Remdesivir medicine from Egypt besides exploring to get it from countries like the United Arab Emirates, Bangladesh and Uzbekistan.

He said the medical supplies are being sourced through direct procurement and other modes. He also said that the two special aircraft carrying large amounts of medical supplies from the US are expected to reach India by Friday and another one is likely in the next few days.

China assured India that it would do everything to support India.

An official statement issued by the Ministry of External Affairs said that External Affairs Minister S. Jaishankar had a phone conversation on Friday evening with the State Councilor and Foreign Minister of China, Wang Yi.

“The call was arranged at the request of the Chinese side to convey their sympathy and solidarity with India at this juncture,” the statement said.

After thanking Wang Yi for his sentiments, Jaishankar emphasised that serious challenges such as the Covid-19 pandemic, which has affected all the countries, require serious international cooperation.

Indian entities are already in the process of commercially procuring required products and raw materials from suppliers in China. The minister said that this process would be facilitated if various transport corridors and cargo flights remain open and the necessary logistics support is ensured expeditiously.

China had suspended its state-run cargo flights for medical supplies to India as Covid-19 cases surged in the country.

Wang Yi described Covid-19 “as a common enemy of mankind” and agreed that there was a need for “coordination on a concerted response”.

The ministry statement said Wang Yi told Jaishankar that China supports the efforts of the government of India and would ensure that all the required materials are flown to Indian entities without any delay.

The UAE Foreign Minister had expressed his solidarity with India as the rise in Covid-19 infections have triggered a massive crisis. To convey their support, iconic buildings in the UAE were lit up in the Indian tricolour.

A special cargo for medical aid of 157 ventilators, 480 BiPAPs and other medical supplies arrived from UAE to India. India will also get six Cryogenic oxygen containers from the UAE.

An IAF C-17 has so far airlifted 18 cryogenic oxygen containers from Dubai Airport and landed at Panagarh Air Base in three sorties since April 26.