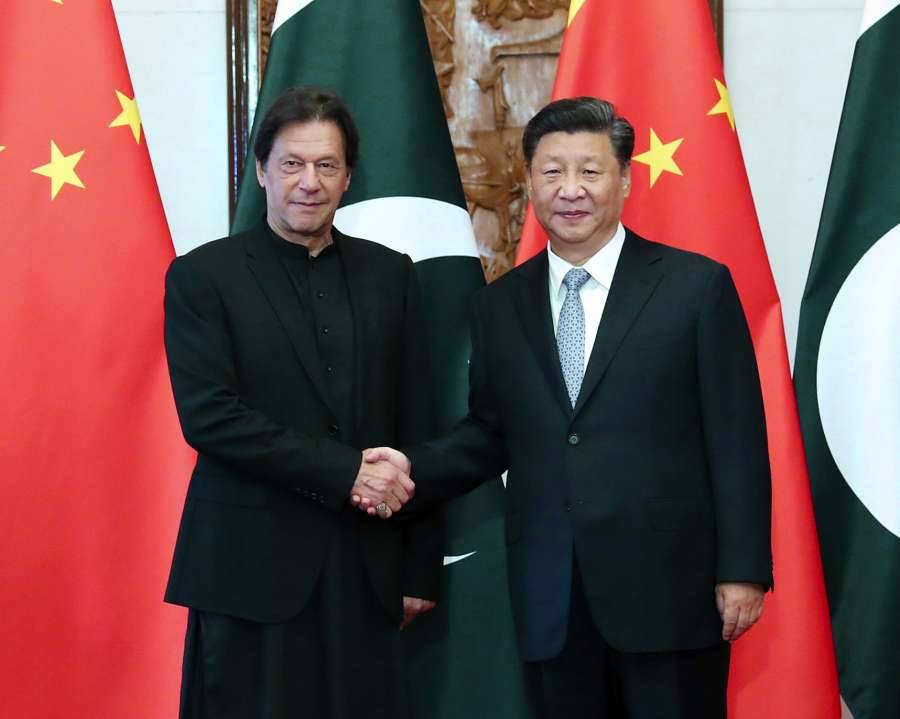 Pakistan and China are making efforts at multiple levels for the Taliban government to have a soft landing.

MK Bhadrakumar, writing in Asia Times said that Pakistani objective will be to develop rapidly a regional consensus that would include a common position on according recognition to the Taliban government. To be sure, China is backing these Pakistani initiatives.

Pakistan has taken the initiative in this regard. Thus a foreign minister-level meeting of the countries neighbouring Afghanistan – Pakistan, Iran, Turkmenistan, Uzbekistan, Tajikistan and China – was held on September 8.

Notably, Chinese Foreign Minister Wang Yi played a proactive role in the deliberations by exhorting the neighbouring countries to “help Afghanistan get out of chaos”; “exert a positive influence on the situation”; and “guide and urge the Afghan Taliban to unite with all ethnic groups and factions, build a broad and inclusive political structure, pursue moderate and prudent domestic and foreign policies, draw a clear line with terrorist forces, and establish and develop friendly relations with other countries, especially neighbouring countries,” said Bhadrakumar.

Wang underlined that the neighbouring countries have a “unique role in providing a good external environment” for Afghanistan’s stability and reconstruction while addressing their own legitimate concerns.

A tangible outcome of the meeting is that the Foreign Ministers forum has been institutionalized. Iran has offered to host the next meeting in a month or so, reported Asia Times.

Both Pakistan and China are pressing the Taliban to unite ethnic groups and build an inclusive political structure, said Bhadrakumar.

Meanwhile, Tehran is walking the fine line, voicing misgivings about the formation of the next government while engaging the Taliban and keeping the border open.

During a United Nations Security Council meeting on Thursday regarding the Afghan situation, Iran’s permanent representative to the UN, Majid Takht-Ravanchi, slammed the Taliban’s attack on Panjshir, reported Asia Times.

In his words, “The recent unjustifiable attack and condemnable fratricide in Panjshir is in contradiction with the united position of the international community, according to which any government that comes to power in Afghanistan by force will not be recognized.”

Takht-Ravanchi said the path to stability, lasting peace and sustainable development passes through intra-Afghan negotiations with the active participation of all ethnic, linguistic and religious groups, with the aim of finding a fair and lasting solution to the crisis and achieving national reconciliation.

He underscored the need for the formation of an all-inclusive government through a free and fair election, with the participation of women both as voters and as candidates.

However, Iran will act with great restraint, its top priority being the stability of Afghanistan. Security considerations are uppermost in Iran’s calculus, says Bhadrakumar.

Later, a Majlis spokesman told the media that Tehran has “complete knowledge” about the developments in Afghanistan and “we cannot be indifferent to these developments.” He added that General Qaani spoke “accurately, strongly” with relevant intelligence dossiers, reported Asia Times.

From time to time, reports have appeared that Qaani (who succeeded General Qasem Soleimani after he was killed in a US drone strike in Baghdad last year) has been Tehran’s point person on Afghanistan and kept good relations with Taliban leader Sirajuddin Haqqani.

Tehran has expressed concern that certain conspiracies are afoot from outside to pit Sunnis against Iran in Afghanistan. This appears to have been a veiled reference to the Arab countries that are active once again in Afghanistan, especially the United Arab Emirates (which is aligned with Israel) and Qatar, said Bhadrakumar.

Iran had faced such a regional lineup in Syria where Qatar, Saudi Arabia and the UAE funded and equipped extremist groups, including Al-Qaeda affiliates. (ANI)