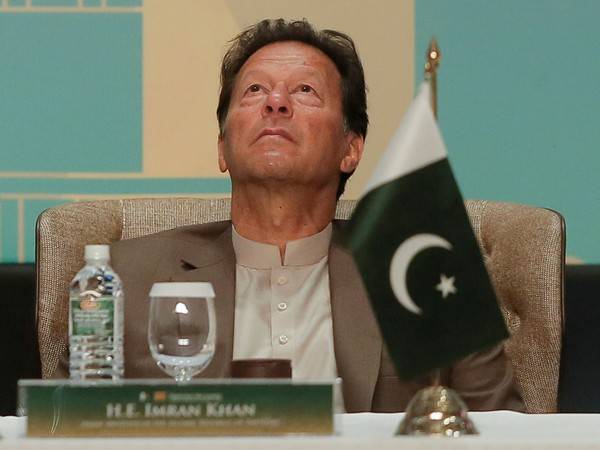 The PIDE officials pointed out that some educated people get themselves enrolled in M.Phil studies to continue learning as they struggle to fetch a better job….reports Asian Lite News

The unemployment rate in Pakistan has reached 16 per cent which is contradictory to the Imran Khan-led Pakistan government’s claim of 6.5 per cent, as per the data by the Pakistan Institute of Development Economics (PIDE) on Monday.

The PIDE has highlighted a grim picture of the rising rate of unemployment and said that at least 24 per cent of educated people are jobless at the moment in the country, according to Dawn.

In its briefing to Senate Standing Committee on Planning and Development meeting, the PIDE said that 40 per cent of educated (undergraduate or graduate) women were also unemployed countrywide.

The PIDE officials pointed out that some educated people get themselves enrolled in M.Phil studies to continue learning as they struggle to fetch a better job. This also skewed the unemployment rate as they weren’t included in the figures.

Quoting officials, Dawn reported further that at least 1.5 million people applied for a peon’s position in a high court that was advertised recently.

“Among those applying for the job included M.Phil degree holders,” officials said.

In response, the PIDE officials said that no research was being conducted at the government level, adding that all such studies were done from abroad. The committee said several research institutes were operating in the country, but the research purposes were not being fulfilled.

Meanwhile, Pakistan’s joblessness has jumped from 5.8 per cent in 2017-18 to 6.9 per cent in 2018-19, according to the Labour Force Survey (LFS) published by the Pakistan Bureau of Statistics (PBS).

Pakistan’s green belt of Balochistan is facing a drought-like situation due to the unfair distribution of water from the Sindh province that even locals do not have water to drink and water their lands for their crops.

Over the decades, parts of the province have become barren owing to two reasons which include — the Sindh government distributes water to Balochistan unfairly and secondly, within the province, the local landlords distribute water unjustly to the local farmers via canals, Dawn reported.

This resulted in a drought-like situation and many locals do not have water to drink, to water their lands in order to grow wheat and rice, among other things.

Kirthar canal that supplies water to Gandakha area of Jafferabad district via Indus, has dried up, the Dawn said in its report.

According to locals, the 2007 floods in Balochistan wreaked havoc in terms of accumulating mud in the Kirthar canal and it has not been cleaned up to the current day. This is one of the reasons Gandakha is deprived of water for quite some time, it reported further.

While in some places, locals and animals drink from the same source if they are lucky enough to find water. The water situation has pushed locals to fetch water from far-flung areas of Gandakha.

As a whole, Balochistan has been facing an acute water crisis. Gwadar, the emerging port town in the country and the epicentre of the China-Pakistan Economic Corridor, too, faces a water shortage.

Pakistan has seen disputes among provinces from time to time over the distribution of Indus River water. Researchers point at the lack of trust among the provinces as a major reason.

“Lack of trust among the provinces of Pakistan, especially between Sindh and Punjab and between Sindh and Balochistan, is the main cause of water disputes. Sindh always objects, as a lower riparian, about the withdrawal of the water from the upper canals by Punjab and objects that Punjab is using its water share. The groundwater salinity and the degradation of land in Sindh is more serious than in Punjab,” reads a report by Pakistani researchers.

The water shortage is going to increase feuds among these provinces and turn into a flashpoint for a major internal disturbance.(ANI)