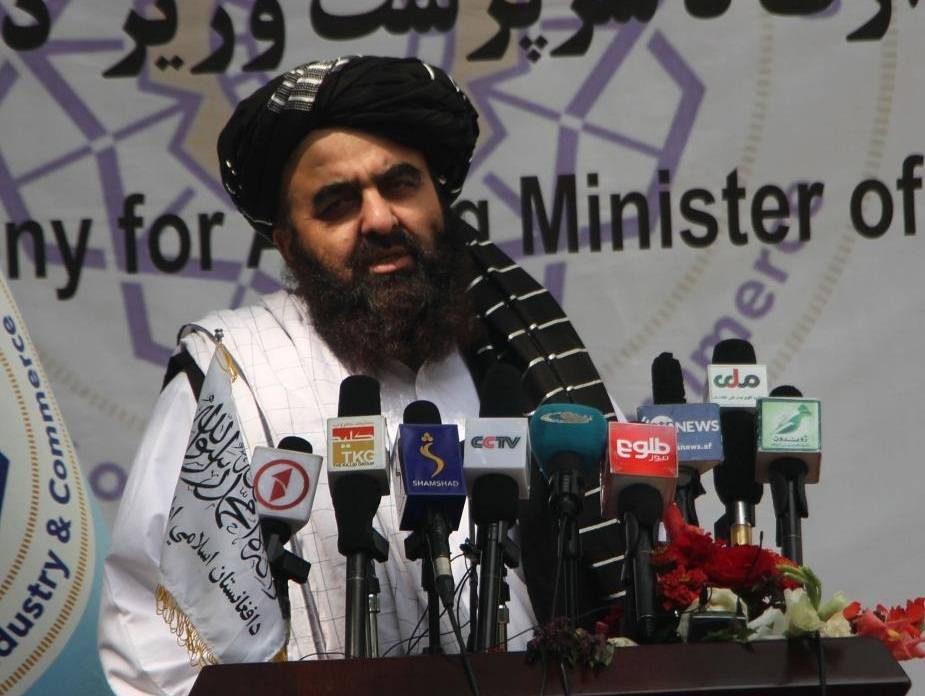 Muttaqi said that the payment of civil servants’ salaries and the resumption of unfinished economic projects were his government’s top priority….reports Asian Lite News

Following a meeting with officials from the US and the European Union (EU), a Taliban delegation has urged the two sides to lift sanctions on the Afghan Islamic Emirate and allow banks in the country to “operate normally”, the media reported.

According to a statement issued by the Taliban-led government’s Foreign Ministry, the delegation led by Acting Foreign Minister Amir Khan Muttaqi held talks with the officials in Doha on Tuesday. TOLO News reported.

Muttaqi said that the payment of civil servants’ salaries and the resumption of unfinished economic projects were his government’s top priority.

“In this regard we urge world countries to end existing sanctions and let banks operate normally, so that charity groups, organisations, and the government can pay salaries to their staff with their own reserves and international financial assistance,” TOLO News quoted the Minister as saying.

“Weakening the Afghan government is not in the interest of anyone because its negative effects will directly affect the world in the security sector and economic migration from the country.”

Some of the topics discussed during the meeting were the current situation in Afghanistan under the Taliban rule; relations with other countries; prevailing economic difficulties; humanitarian assistance; and resumption of incomplete development projects, the Ministry statement said.

Besides the meeting on Tuesday, the Taliban delegation and the US side also met during the weekend in the Qatari capital.

This was the first time that the two sides met in-person following the Taliban’s takeover of Afghanistan in August after American forces withdrew from the country after 20 years.