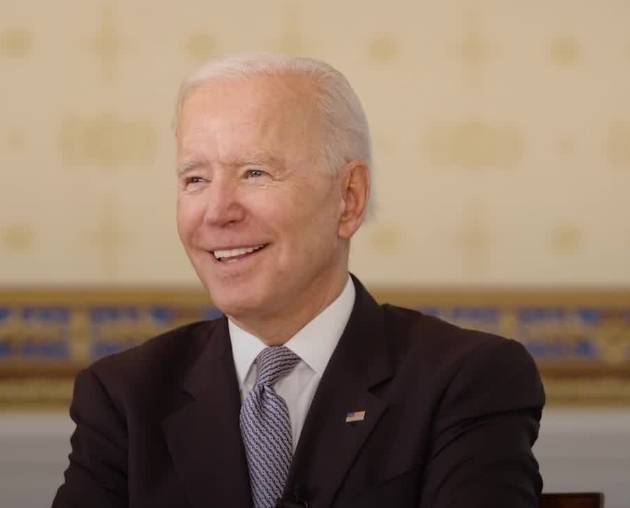 Earlier, the US committed 750,000 doses to the island but increased the number to 2.5 million after the Biden administration committed to sending more doses around the world, reports Asian Lite News

The Joe Biden administration has informed that an additional 2.5 million Moderna Covid-19 vaccine doses will reach Taiwan amid growing tensions between the island and China.

“Wheels up! Our donation of 2.5 million vaccine doses is on the way to Taiwan, whose health partnership with the US helped save lives here and around the world,” State Department spokesperson Ned Price tweeted.

“The State Department is proud to support President Joe Biden’s commitment to help the world defeat Covid-19,” he added.

Earlier, the US committed 750,000 doses to the island but increased the number after the Biden administration committed to sending more doses around the world.

The Hill reported that China has attempted to send Taiwan vaccine doses, but the island refused them, citing safety concerns, creating more tension in an already strained relationship.

China and Taiwan have clashed recently, with China claiming Taiwan is part of its territory. China has condemned any actions by the US it perceives as challenging that claim.

Beijing claims full sovereignty over Taiwan, a democracy of almost 24 million people located off the southeastern coast of mainland China, even though the two sides have been governed separately for more than seven decades.

Recently, the Group of Seven Seven leaders issued a joint statement, slamming China for a series of issues and underscored the importance of peace and stability across the Taiwan Strait — comments China condemned as “slander.”

Taiwan has complained in recent months of repeated missions by China’s air force near the island, concentrated in the southwestern part of its air defence zone near the Taiwan-controlled Pratas Islands.

‘Forces for good will prevail’

Taiwan reacted with an outpouring of thanks to the United States for shipping 2.5 million Covid-19 vaccine doses to the major semiconductor-producing island, more than doubling its arsenal as it deals with a rise in domestic infections.

Washington, competing with Beijing to deepen geopolitical clout through “vaccine diplomacy,” initially had promised to donate 750,000 doses but increased that number as President Joe Biden’s administration advances its pledge to send 80 million U.S.-made shots around the world.

“What a sight! What a gesture!” Taiwan Foreign Minister Joseph Wu tweeted in thanks late on Saturday, linking to pictures of the vaccines being loaded onto a China Airlines Boeing 777 freighter at Memphis airport.

Taiwan President Tsai Ing-wen tweeted she was touched by the U.S. move.

“Thank you to the U.S. for this moving gesture of friendship. These vaccines will go a long way toward keeping Taiwan safe & healthy.”

The United States, like most countries, has no formal diplomatic ties with Taiwan, but is its most important international backer, to China’s anger.

The 2.5 million Moderna Inc doses, due to arrive at Taiwan’s main international airport late Sunday afternoon, will more than double the number of vaccines that have already arrived on the island, including 1.24 million AstraZeneca Plc shots donated by Japan earlier this month.

China, which claims democratically governed Taiwan as an integral part of its territory, has offered Chinese-made vaccines, but the government in Taipei has repeatedly expressed concerns about their safety and efficacy.