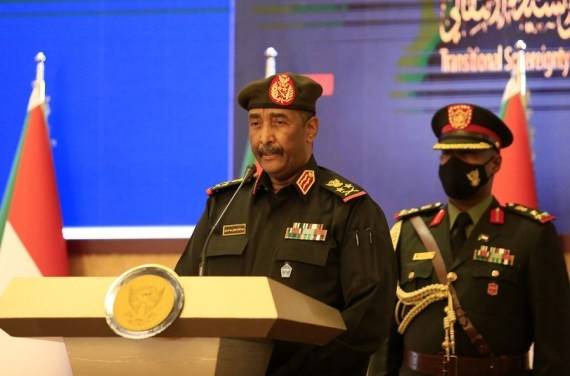 During his meeting on Sunday with Chairman of Sudan’s Transitional Sovereign Council, Abdel Fattah Al-Burhan, Tut Gatluak, South Sudan’s Presidential adviser on Security Affairs, said Sudan’s security and stability is conducive to stability and security in South Sudan as well as in the region, according to a statement issued by Sudan’s Transitional Sovereign Council.

Sudan has been suffering a political crisis after General Commander of the Sudanese Armed Forces, Abdel Fattah Al-Burhan declared a state of emergency on October 25, 2021, and dissolved the Sovereign Council and the government.

Since then, the Sudanese capital of Khartoum and other cities have been witnessing continued protests demanding a return to civilian rule.