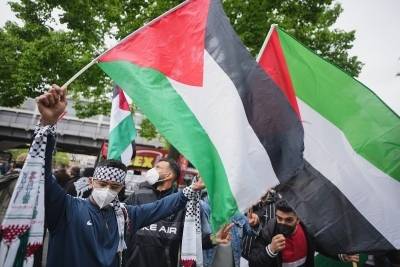 The Palestinian UN mission sent memos to the UN, urging an end to Israeli actions against the people in East Jerusalem, Palestine envoy to the UN Riyad Mansour said…reports Asian Lite News

Mansour told ‘Voice of Palestine’ on Wednesday that memos were sent to the UN Security Council, the UN Secretary-General, and the UN General Assembly President “to contain the Israeli violations in the city,” namely the recent Israeli measures and actions against Palestinians during Ramzan at Al-Aqsa Mosque and Damascus Gate in East Jerusalem.

He added that the current events in the Palestinian territories “will be presented in detail during the open session of the Security Council to discuss the situation” in Palestine on April 25, Xinhua news agency reported.

He said that the Palestinian mission would demand the council assume its responsibilities “and stop the illegal practices of the Israeli authorities in East Jerusalem.”

On Tuesday night, Palestinian young men and Israeli police officers clashed in East Jerusalem for the fourth day in a row, with six Palestinians arrested near Damascus Gate, according to eyewitnesses.

In the June 1967 Middle East war, Israel occupied the West Bank, the Gaza Strip and East Jerusalem, which are claimed by the Palestinians, and has controlled them ever since.

The Palestinians have been seeking to establish a Palestinian state on the 1967 borders with East Jerusalem as its capital.