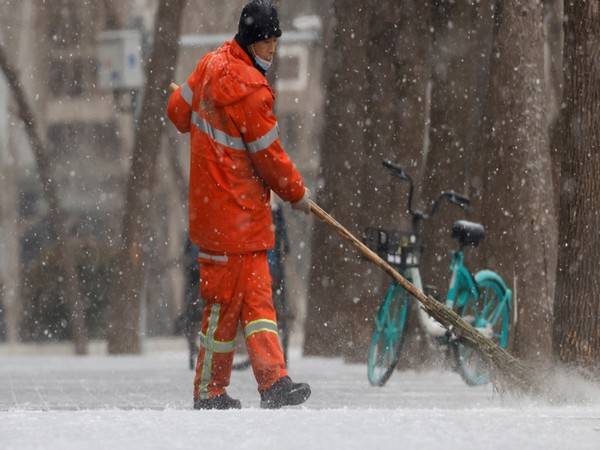 Snowstorms are likely to drop over 8 cm of snow in certain regions, according to the forecast….reports Asian Lite News

China’s meteorological authorities on Wednesday issued a blue alert for heavy snow in some of the regions of the country.

Snowstorms are forecast to impact portions of Gansu, Shaanxi, Henan, and Hubei from Wednesday morning to Thursday morning, with 3 to 6 cm of snowfall expected, according to the National Meteorological Center, reported Xinhua.

Snowstorms are likely to drop over 8 cm of snow in certain regions, according to the forecast.

Residents were urged to remain indoors, while local officials were asked to take precautions with roads, trains, power, and telecommunications, reported the news agency.

China has a four-tiered color-coded weather warning system, with red denoting the most severe followed by orange, yellow and blue. (ANI)

Minors banned from live streaming on social media in China