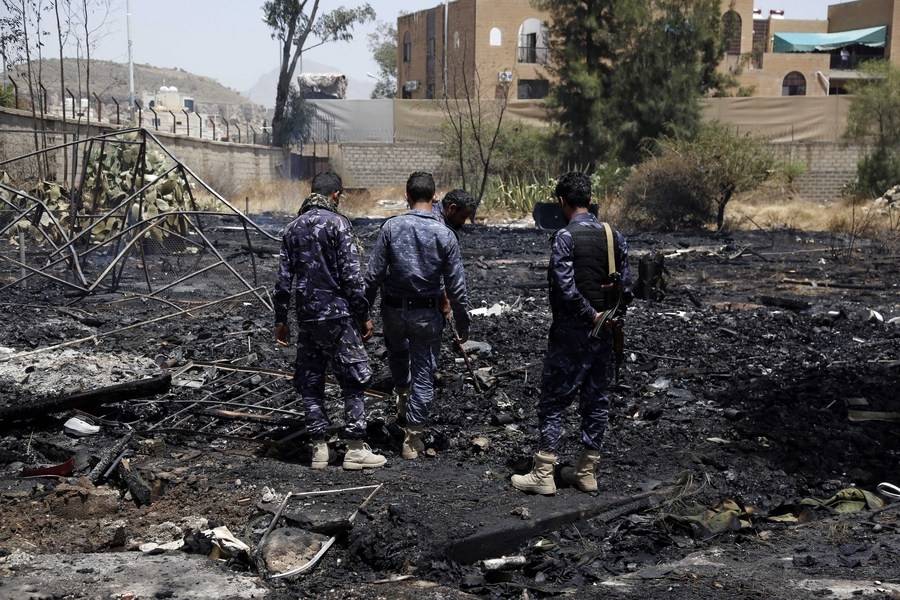 A three-day unilateral ceasefire announced by the Houthis in Yemen with the Saudi-led coalition has come into force, the militia group’s Foreign Ministry said in a statement…reports Asian Lite News

According to the Ministry, the ceasefire was implemented at 6 p.m. on Sunday, reports Xinhua news agency.

A day earlier, the Houthis voiced their commitment to a permanent truce if the coalition ends airstrikes and withdraws forces.

“We will suspend cross-border missile and drone attacks and all military actions against Saudi Arabia for a period of three days. If Saudi Arabia would agree to end its airstrikes and blockade against Yemen, we are ready to turn this declaration into a final and permanent commitment,” said Mahdi al-Mashat, president of the Houthi militia’s Supreme Political Council.

“The initiative includes the suspension of all ground battles on all frontlines including the province of Marib,” al-Mashat added, on the occasion marking the entering of the Yemeni civil war into its eighth year.

The Houthi political leader also proposed a deal to swap all prisoners, including the brother of Yemeni President Abd-Rabbu Mansour Hadi, with the Saudi-led coalition forces.

“We call on the UN envoy to facilitate the exchange of all prisoners,” al-Mashat said.

The Houthi initiative came hours after the coalition forces launched heavy airstrikes on Houthis’ vital military and economic sites in the Red Sea port city of Hodeidah and the capital Sanaa in retaliation for Houthis’ cross-border missile and drone attacks against oil facilities in Saudi Arabia this week.

The Houthi militia recently intensified attacks against Saudi Arabia after it lost several strategic districts in the oil-rich provinces of Marib and Shabwa during its fighting against the Yemeni government army in the past two months.

Yemen has been mired in a civil war since late 2014 when the Iran-backed Houthi militia seized control of several northern provinces and forced the Saudi-backed Yemeni government of Hadi out of Sanaa.

The Saudi-led Arab coalition intervened on March 26, 2015 in the Yemeni civil war in an attempt to reinstate the government of President Hadi.