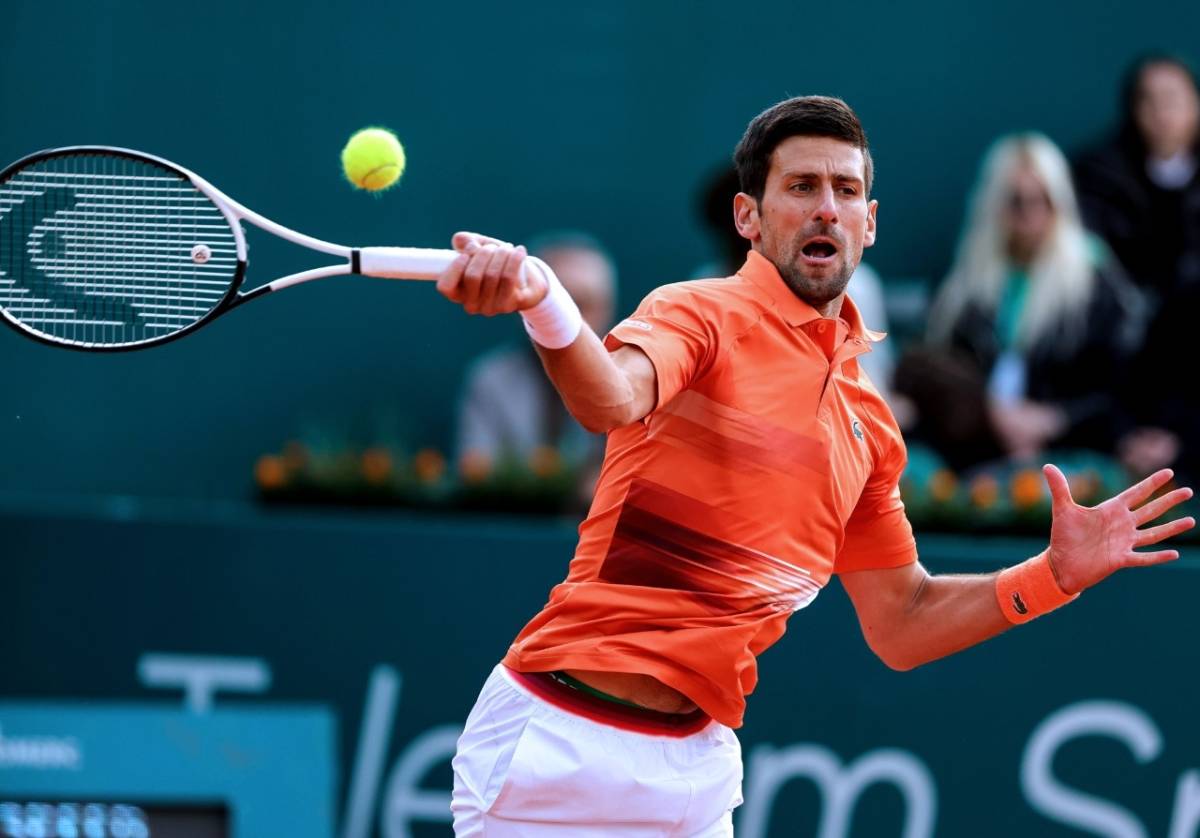 After working through some early struggles and coming to grips with Kecmanovic’s aggressive game, the top seed played some of the best tennis of his limited season in the latter half of the match…reports Asian Lite News

World No 1 Novak Djokovic has reached the semi-finals of the Serbia Open after coming through another three-setter in the quarter-finals on Thursday.

For the second straight day at the Serbia Open, Djokovic won a comeback three-setter against an in-form countryman. The top seed battled back from a set and a break down on Thursday against Miomir Kecmanovic to win 4-6, 6-3, 6-3.

Djokovic extended his win streak against Serbians to 10 matches, improving his record to 27-4 against his countrymen and 36-6 in his home nation.

“The scenario was similar to last evening’s match, but I managed to win and qualify for the semis,” Djokovic said in Serbian in his post-match interview. “Thanks to my team, I felt better than last night.” Djokovic was quoted as saying by the ATP website.

After working through some early struggles and coming to grips with Kecmanovic’s aggressive game, the top seed played some of the best tennis of his limited season in the latter half of the match.

Kecmanovic took the opening set without facing a break point, before an eventful start to the second saw a break chance in each of the first four games. After sitting down for the first changeover down a break, Djokovic began to elevate his precision and consistency from the baseline to level the match.

He won the final game of the two-hour, 18-minute contest, sealing his fourth break of serve with consecutive backhand winners. He won the final four games of the deciding set, dropping just two points in the process, and did not face a break point in the stanza.

Djokovic was happy with the way he held up physically in his opening match, a nearly three-and-a-half-hour encounter with Laslo Djere. With less than 24 hours to rest, he was again up to the task on Thursday, improving as the match wore on.

The victory is a repeat of the last clash between Djokovic and Kecmanovic — at the same stage one year ago in Belgrade, with Djokovic now holding a 2-0 heat-to-head edge in their series.

The 22-year-old Kecmanovic has been one of the most consistent players of the 2022 season. Now at a career-high of No. 38 in the ATP Rankings, he was playing in his fifth consecutive ATP Tour quarter-final. The loss drops him to 19-8 on the year.

Djokovic, chasing a third title at the Serbia Open and a fourth ATP Tour title overall in his home city, awaits the winner of the match between third seed Karen Khachanov and Brazilian qualifier Thiago Monteiro, the report said.