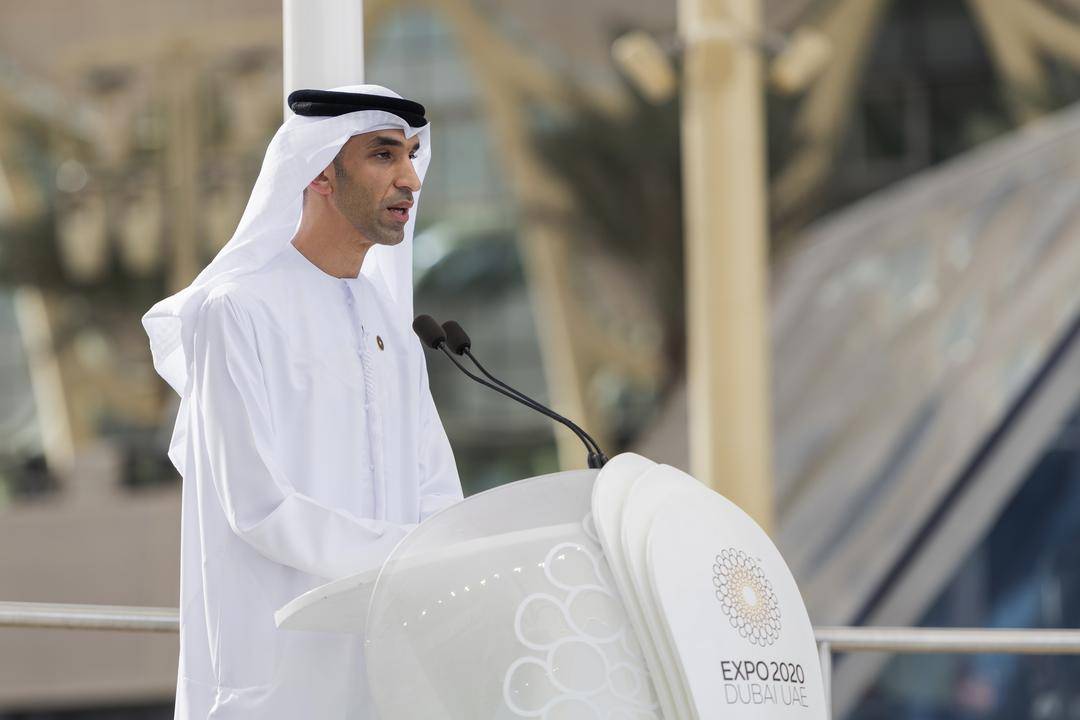 Dr. Thani bin Ahmed Al Zeyoudi, Minister of State for Foreign Trade, said the UAE values leadership and aims to foresee the future, affirming the key role of Expo 2020 Dubai in accelerating the recovery from the COVID-19 pandemic and achieving growth in all economic sectors.

In an exclusive interview with WAM, Al Zeyoudi highlighted the recent achievements of the UAE, which is progressing steadily towards the post-pandemic era, due to the support and directives of its leadership.

“We witnessed the importance of Expo 2020 Dubai, based on the values of dialogue and partnership and connecting minds and cultures, and positively impacted the UAE’s global stature, especially in the areas of the economy, development and prosperity,” he said.

He also stressed that the distinguished outcomes of the major international event were underscored by its total number of visitors, amounting to 24 million.

Al Zeyoudi explained the fact that Expo 2020 Dubai created an unprecedented opportunity for government institutions, private sector companies and academia to raise future agendas and benefit from the momentum it created, to establish sustainable partnerships.

He then pointed out that the UAE plans to keep the site of Expo 2020 Dubai and turn it into the city of the future, amongst other initiatives that will help the country benefit from the facilities of the international event, which addressed common issues that concern the entire world, such as education, climate change, health, food and cultural openness.

Speaking about the benefits gained by the foreign trade sector from the success of Expo 2020 Dubai, he explained that it is a success for the UAE, which has strengthened its stature as a preferred business destination, established partnerships with other countries and opened up to international markets.

The UAE’s non-oil foreign trade stood at AED1.9 trillion in 2021, a growth of 27 percent compared to 2020, with non-oil exports increasing by 33 percent and surpassing a value of AED354 billion for the first time in the country’s history, he said in conclusion.

Meanwhile, according to a report commissioned by Dubai Chamber of Commerce, around 76.5% of companies in Dubai registered growth in their businesses during Expo 2020, while 73.5% managed to build new business relations during the world’s greatest show.

Titled, ‘Business Integration for Growth, Digital Transformation and Global Partnerships’ the report was developed by the Chamber in collaboration with Oxford Business Group.

In total, Dubai Chamber of Commerce organised 98 events during Expo 2020 Dubai, which were attended by more than 25,000 participants from over 130 countries. The Global Business Forums on Africa, ASEAN and Latin America saw the most participation, as the high-level forums were joined by government and business leaders, who attended in person and virtually.

The 12th edition of the World Chambers Congress and a series of Thematic Business Forums were also hosted by the Chamber, which were attended by chamber and industry leaders. The events identified global challenges and highlighted innovative solutions to drive sustainable economic growth.

Dubai Chamber of Commerce facilitated 1,500 bilateral business meetings between UAE investors and their global counterparts, and received 1,746 visiting delegations from over 60 countries during the mega event, which were joined by 3,350 government and business leaders.

Seven new economic and professional bodies were licensed by the Dubai Association Centre, which was established in collaboration with the Dubai Chamber of Commerce (one of the three chambers under Dubai Chambers alongside Dubai International Chamber and Dubai Chamber of Digital Economy), the Dubai Economy and Tourism and Dubai World Trade Centre.