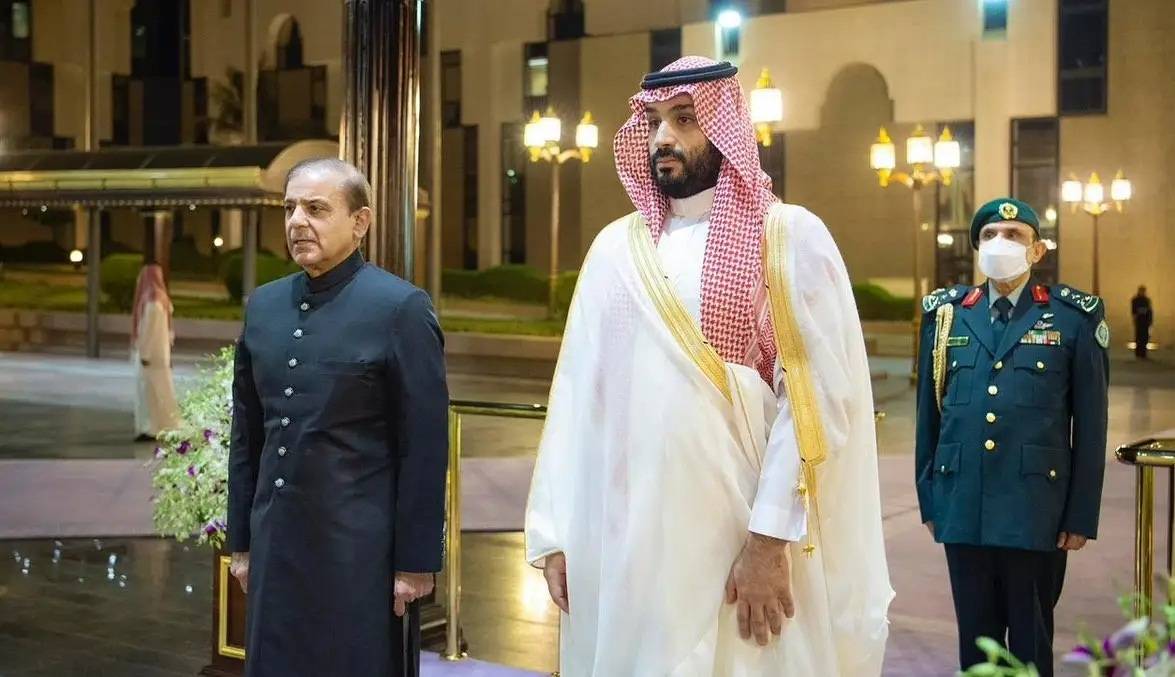 They have been one of Pakistan’s most enduring backers and Shehbaz Sharif’s very first foreign visit, after taking over as Prime Minister of Pakistan, to the Kingdom of Saudi Arabia and thereafter to the United Arab Emirates (UAE), set the compass for the future trajectory of the country’s foreign policy. A priority is to mend fences with these two energy powerhouses, as bilateral relations had been in a freefall under the now deposed Prime Minister Imran Khan.

To be fair to Imran Khan, relations between the two sides had begun to deteriorate since the time of Nawaz Sharif and his government’s refusal to participate in the Saudi-Emirati war in Yemen in 2015. That spurred the Saudi-led coalition to go it on their own and it still remains embroiled in the war with no end in sight while the Houthi rebels, backed by Iran, have become increasingly aggressive targeting oil installations inside Saudi Arabia and the UAE.

Given the deep and strong security relations between Pakistan and the Gulf States, rooted in the client-State paradigm, and Pakistan’s overwhelming economic dependence on the Saudis and the Emiratis — nearly 2.7 million Pakistanis live and work in Saudi Arabia and about 1.2 million in the UAE, this was simply unacceptable. Pakistan, on the other hand, turned to iron friend China for economic relief through the China-Pakistan Economic Corridor (CPEC).

When Imran Khan took the reins of the government there was a short-lived rapproachment — Khan’s first foreign visit was to Saudi Arabia and the UAE while Saudi Crown Prince Mohammed bin Salman paid a visit to Islamabad in early 2019 where he pledged to be Pakistan’s ambassador in Riyadh, and also pledged $20 billion in investment. Though Khan too refused to take sides in the Yemen war, he announced his readiness to play mediator between Iran and the Saudi-Emirati side.

Pakistan’s perennial economic woes found relief with a $3 billion loan and a $3.2 billion oil credit facility by the Saudis in late 2018.

However, it all came undone when his Arab friends refused to condemn first India’s surgical strikes in Muzzafarnagar, and later the abrogation of Jammu and Kashmir’s special status and its bifurcation. Instead, Pakistan began pivoting towards Turkey precisely when the latter’s relations with the Saudis came under grave strain because of the murder of journalist Jamal Khashoggi, and Turkey’s patronage of the Muslim Brotherhood in the region and deepening relations with Qatar, another country on which the Saudi-led Sunni coalition had imposed a boycott and blockade.

Worse, together with Turkey and Malaysia, Pakistan became part of an Islamic triad, which mooted a new Islamic summit as a counter to the Saudi-led Organisation of Islamic Cooperation (OIC), which it felt had failed to deal meaningfully with issues like Kashmir. The three saw themselves as spearheading change in the Muslim world and offering fresh and more resolute leadership to counter “Muslim problems”. So enraged were the Saudis that they issued unequivocal threats to Khan who, at the last minute, pulled out of the summit held in Kuala Lumpur in October, 2019. In a series of snubs to Imran Khan, the Saudis also demanded payments of the loan which Islamabad had to oblige at pains to its exchequer; it however turned to China for loans to balance out the preponed payments.

As the bromance between Pakistan and China deepened, Khan, who spewed almost non-stop venom at Indian Prime Minister Narendra Modi and the RSS for “mistreatement” of India’s Muslims, remained mum on China’s ethnic cleansing of its Uyghur Muslim minority.

Alas, China is not Saudi Arabia. The CPEC, while supported by successive Pakistani governments, has also given rise to widespread popular resentment, with the suicide bombing inside Karachi University last week being the latest in a series of general expressions of local dissatisfaction at the project. The Chinese also do not engage in economic largesse like the Gulf countries do. According to the IMF, Pakistan owes $6.7 billion in commercial loans to China, pushing it deep into a debt trap. And Turkey, while adept at raising the Kashmir issue in the UN, is struggling with its own economy.

Even as Khan cried himself hoarse over Kashmir and Islamophobia in general, the Pakistani economy rapidly deteriorated. Spiralling inflation, rising prices, over borrowing, ballooning internal and external debts, widespread unemployment, depreciating currency has been the result of the years of Imran Khan’s rule. In its World Economic Outlook the IMF has projected that Pakistan’s current account deficit will hit $18.5 billion this fiscal year.

Shehbaz Sharif’s work is cut out for him: to stabilise the economy first. And the only quarters he could look to for quick fix solution were to Pakistan’s Arab mentors.

Meanwhile, the Saudi-Emirati war in Yemen continues with greater ferocity. Even as direct talks between the Saudis and Iran have begun, the Houthis have become more belligerent. They are taking the war inside the Kingdom and the Emirates — they have targeted both ARAMCO and ADNOC oil facilities, causing billions of dollars of loss. Speculation is rife on whether the Houthis have gone rogue or Iran is using them to strengthen its negotiating position. In South Asia, the worst nightmare of the gulf monarchies has come true with the ascendence of the Taliban in Kabul and return of political Islam in the region, giving rival Qatar an upper hand. The Islamic State has been beaten but it has still not gone away, and successive attacks in Afghanistan may be a pointer that it is once again regrouping. And traditional security provider USA seems to be disinterested in the region in countering any of these numerous threats. Either ways, the Sunni coalition could do with some additional support — whether by putting boots on the ground in Yemen or more air power.

Pakistan could yet prove useful in the very war which began the great Arab disenchantment with it. And, therefore, the Arab largesse in play in recent days is of no surprise. Saudi Arabia has agreed to provide a “sizeable package” of $8 billion to aid the cash-strapped debt-ridden economy. The UAE will also be sending a delegation of economic experts to discuss implementation of decisions taken during Shehbaz Sharif’s visit to Abu Dhabi and meeting with Crown Prince Mohamed bin Zayed al Nahyan. In return Pakistan may once again be confronting an old headache — should it be fighting battles of others?