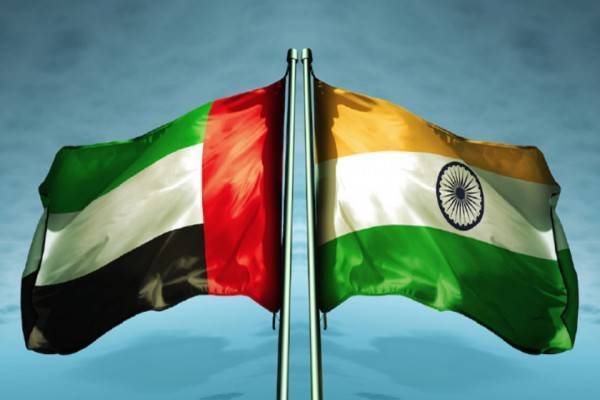 Commerce Secretary flagged off the first consignment of goods comprising of Jewellery products from India to UAE under CEPA.

The historic India-UAE Comprehensive Economic Partnership Agreement (CEPA) which was signed between the two nations on February 18, officially entered into force and the first consignment of goods has been flagged off from New Delhi, which will now attract zero customs duty under this Agreement.

Secretary, Department of Commerce, BVR Subrahmanyam flagged off the first consignment of goods comprising of Jewellery products from India to UAE under the India-UAE CEPA at a function in New Customs House in New Delhi on Sunday.

“In a symbolic gesture operationalizing the landmark Agreement, BVR Subrahmanyam, Commerce Secretary to Government of India, handed over Certificates of Origin to three exporters from the Gems and Jewellery sector. The aforementioned consignment which will now attract zero customs duty under this Agreement is expected to reach Dubai today, 01 May 2022,” a government press release said in its statement.

Gems and Jewellery sector contributes a substantial portion of India’s exports to the UAE and is a sector that is expected to benefit significantly from the tariff concessions obtained for Indian products under the India-UAE CEPA.

Overall, India will benefit from preferential market access provided by the UAE on over 97 pc of its tariff lines which account for 99 pc of Indian exports to the UAE in value terms particularly from labour-intensive sectors such as Gems and Jewellery, Textiles, leather, footwear, sports goods, plastics, furniture, agricultural and wood products, engineering products, pharmaceuticals, medical devices, and automobiles.

As regards the trade in services, Indian service providers will have enhanced access to around 111 sub-sectors from the 11 broad service sectors, the press release read.

CEPA is expected to increase the total value of bilateral trade in goods to over USD 100 billion and trade in services to over USD 15 billion within five years.

Speaking at the ceremony, Commerce Secretary said it was a momentous occasion. Highlighting the immense potential for strategic partnership between the two nations, he said that the agreement is a trendsetter because of the short time in which it was negotiated.

He added that although the agreement had envisioned a target of USD 100 billion worth of trade, given the size of India’s market and the access that UAE would give to India, much more could be achieved. Noting that the agreement was an outcome of the vision of the leaders of the two nations, the Commerce Secretary said that for India, UAE would be a gateway to the world.

Underscoring the need for Indian products to be competitive in the international market, the Secretary said that there was a need to build and augment our capacities. He also added that the government was working on reducing the logistics cost so that the products from the hinterland could also be competitive.

The Commerce Secretary informed that India was negotiating trade agreements at a very fast pace with complementary economies and that talks were ongoing with the UK, Canada and EU.

He also spoke of the need to communicate the benefits of such trade agreements to the exporter community in layman’s language so that they understand the provisions of the agreement and make the best possible use of it. Highlighting the need for market intelligence and data analytics, which the government would be focusing on in future, the Secretary urged the exporters to take advantage of free trade agreements.

Stating that USD 670 billion of exports (goods and services) during the last fiscal year constituted 22-23 pc of the GDP, Subrahmanyam said that exports are an important engine of growth in every economy and added that the world was looking to India as a reliable partner.

Conveying a vision for India’s future in 2047, the Secretary said that we would be a USD 40 trillion economy in the next 25 years. He asserted that the Department of Commerce has also been strengthening itself to be future-ready and meet the challenges of tomorrow with a focus on trade promotion.