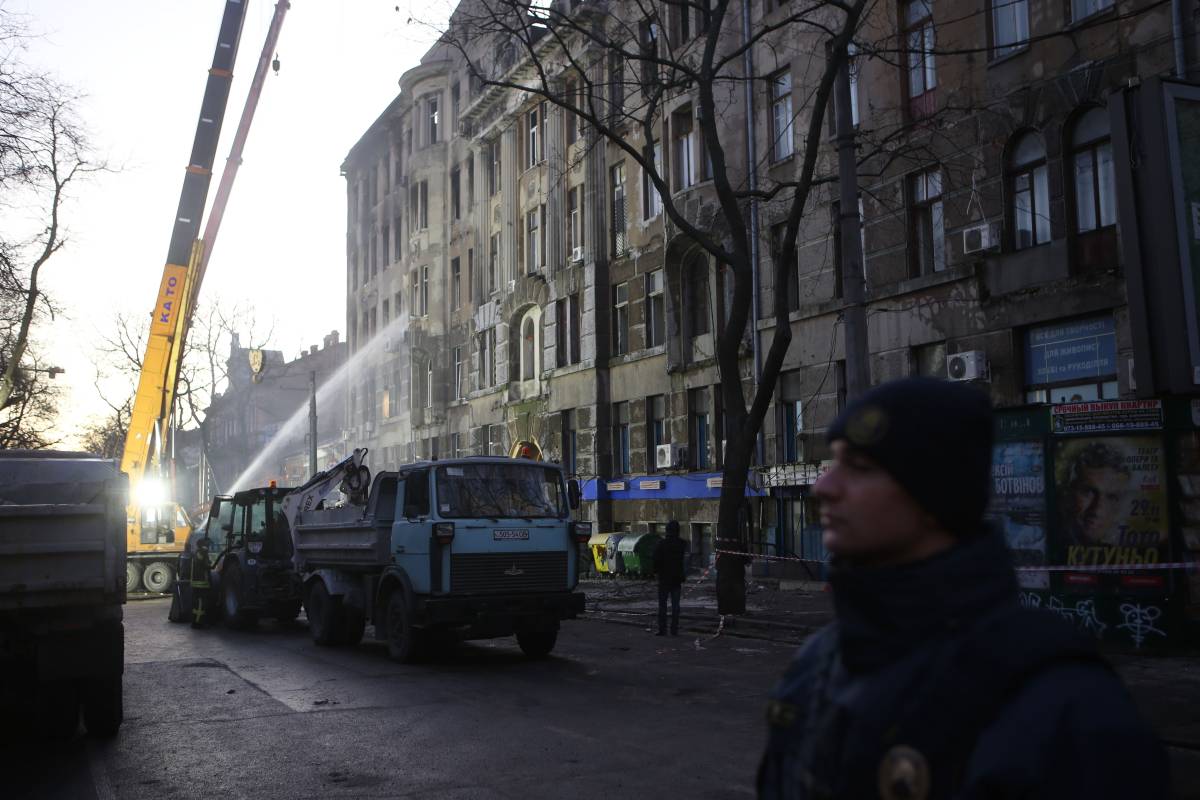 Ukrainian officials on Saturday accused Russia of thwarting a fresh attempt to evacuate civilians from Mariupol and killing eight people in a strike on the Black Sea port of Odessa, all but burying hopes of a truce for Orthodox Easter.

Ukrainian President Volodymyr Zelensky said an infant was among those killed in the strike that also wounded 18 people.

With the war poised to enter its third month on Sunday, Ukrainian authorities said “fierce battles” were raging in the east and the UN said nearly 5.2 million people had fled the country.

The country’s emergency services said a missile struck a 15-story residential building, in Odessa sparking a fire that took 90 minutes to extinguish.

“It was a terrifying night,” said Yelena, with black bags under tear-reddened eyes in Ukraine’s second city of Kharkiv, where residents said random Russian strikes could come at any hour, day or night.

Zelensky called for a meeting with Russian counterpart Vladimir Putin “to end the war,” which began with a Russian invasion on Feb. 24.

“I think that whoever started this war will be able to end it,” Zelensky said, adding he was “not afraid” to meet the Russian leader.

The attack on Odessa came as Kyiv prepared for its first wartime visit from two top US officials.

The Sunday visit by Secretary of State Antony Blinken and Defense Secretary Lloyd Austin will come at a symbolic moment — on the day the war enters its third month.

It also comes as the situation in the shattered port city of Mariupol remains bleak. The latest of many attempts to evacuate civilians failed Saturday, and the situation facing an embattled unit of Ukrainian fighters sheltering in tunnels under a sprawling steel mill there appeared increasingly desperate.

A series of European leaders have already traveled to Kyiv to meet with Zelensky and underscore their support, but the United States — a leading donor of finances and weaponry — had yet to send any top officials.

Zelensky, who announced the visit, said he was ready to exchange Ukraine’s soldiers defending the city “in whatever format” to save “these people who find themselves in a horrible situation, surrounded.”

But he again stressed that Kyiv would abandon talks with Moscow if its troops in Mariupol were killed.

“If our men are killed in Mariupol and if these pseudo-referendums are organized in the (southern) region of Kherson, then Ukraine will withdraw from any negotiation process,” he said.

Zelensky also criticized a decision by UN Secretary General Antonio Guterres to visit Moscow on Tuesday, before heading to Kyiv.

“There is no justice and no logic in this order,” he said.

ALSO READ-Zelensky calls for meeting with Putin to end war