Actress and the brand ambassador of Wildlife Trust of India Dia Mirza, who has been associated with conservation of elephants and is part of the ongoing Gaj Mahotsav, says the only way one can bring about change in the society against animal abuse is by helping people recognize the deep connection between man and nature…reports Asian Lite News

“What I hope to be able to do through advocacy is help people recognise the deep connection between man and nature,” Dia told IANS over an e-mail when asked about how she wants to bring change in the mindset of people against animal cruelty.

Wildlife Trust of India (WTI) is organizing a four-day long celebration of the majestic Asian elephant at the Gaj Mahotsav in association with the Ministry of Environment, Forests and Climate Change (MoEFCC).

Partnered by the International Fund For Animal Welfare (IFAW) and United Nations Environment (UNE), the festival will go on till Wednesday at Indira Gandhi Centre for Arts, New Delhi.

Gaj Mahotsav celebrates the grandeur of our national treasure, the Asian Elephant, and encompasses its salient role in ecology, as an integral part of our religion, mythology and literature.

As a brand ambassador of WTI, Dia says that their efforts through the Gaj Yatra are to convey this message in a manner that inspires love and respect for our elephants.

“I am a believer that what one learns to love, one protects,” she said.

Talking about the wildlife anthem “Mere Desh Ki Zameen” that she launched at the event, the actress said: “We launched India’s First Wild Anthem at the Gaj Mahotsav on World Elephant Day with the intention to inspire love and awe for the incredible natural heritage India has.”

“The anthem is for our children and we hope that it reaches every citizen,” she added.

The track is produced by WTI along with Dia and her husband Sahil Sangha’s production company Born Free Entertainment. It is sung by Shreya Ghoshal, Sunidhi Chauhan, Benny Dayal and Vishal Dadlani with CBFC chief Prasoon Joshi penning the lyrics.

Clinton Cerejo has composed the tune.

“As producers, I and my husband Sahil Sangha feel proud that we could make this happen for WildLife Trust of India who have spent the last 20 years in service of nature,” she said. 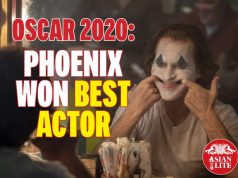 Phoenix gets his 1st Oscar for best actor 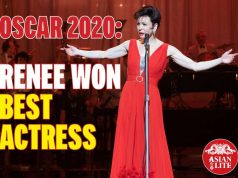 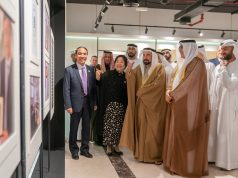