Actor Ali Fazal, who is among the Indian talent invited by the Academy of Motion Pictures Arts and Sciences to be a member, says it makes him glad that the Oscar-giving body is making strides to diversify and become inclusive…reports Asian Lite News.

Ali is one among the 928 artistes and executives, who have distinguished themselves by their contributions to theatrical motion pictures across the world, to have got an invitation from the Academy to be a part of its Class of 2018.

Ali said in a statement: “It’s an absolute honour for me to have been accepted into the Academy. To one more step towards global cinema, towards one world… I am so happy the Academy has diversified extensively over the past few years. And to include me in that prestigious list is in itself an honour for me and my country.”

“I hope I serve well in the forthcoming years of entertainment. There are some heavy names out there on the list so am happy to share stage with them on this,” said the actor, whose international credits include “Furious 7” and “Victoria And Abdul”.

The Academy’s current diversity push began even before the nominations were announced in 2014 for the 86th Oscars, when the lack of people of colour among the acting nominees led to the protest hashtag #OscarsSoWhite.

The outcry grew louder when the situation repeated itself in 2015, putting added pressure on the organisation to work further on its efforts. 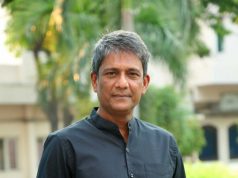