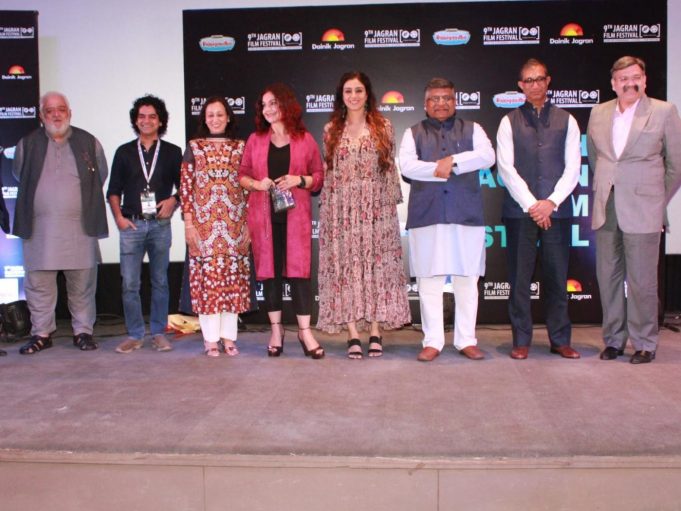 Prasad, who was once Information and Broadcasting Minister, inaugurated the ninth edition of the Jagran Film Festival (JFF) here in the presence of actors Tabu and Pooja Bhatt, apart from filmmaker Rahul Rawail.

Lauding the role of films in bringing people together, he said: “I have always felt that films are the biggest bridge to connect mankind. Whoever the person, whatever the country or language, the emotions are the same. What films capture is the essence of the emotions.

“I think this contribution of India’s filmmakers in bringing people together is truly extraordinary… The dialogues, the songs, the music, and above all, creating a kind of emotion which transfers you from the ugly life of contemporary existence to a feeling of romance, utopia and to a world we always seek…”

Prasad congratulated the organisers of JFF, a movie gala which will go to 18 cities for a duration of three months starting from Friday.

“Films will be stronger when the common man watches it,” said Prasad, who was the I&B Minister when the International Film Festival of India shifted to Goa from Delhi.

JFF opened with “3 Idiotas”, the Mexican adaptation of Rajkumar Hirani’s “3 Idiots”. Some of the titles to be showcased at the gala include “Village Rockstars”, “Kadvi Hawa”, “S Durga”, “Bioscopewala”, “The Hungry” and “Ajji”.

There is also a retrospective of Tabu’s works. Films like “Maqbool”, “Maachis”, “Iruvar”, “Kandukondain Kandukondain”, “Astitva”, “The Namesake” and “Cheeni Kum” are part of the schedule.

As part of a tribute to Bollywood legends Shashi Kapoor, Kundan Shah and Sridevi, some iconic movies of the late celebrities will also be showcased.

Ridhi Dogra was waiting for a big project