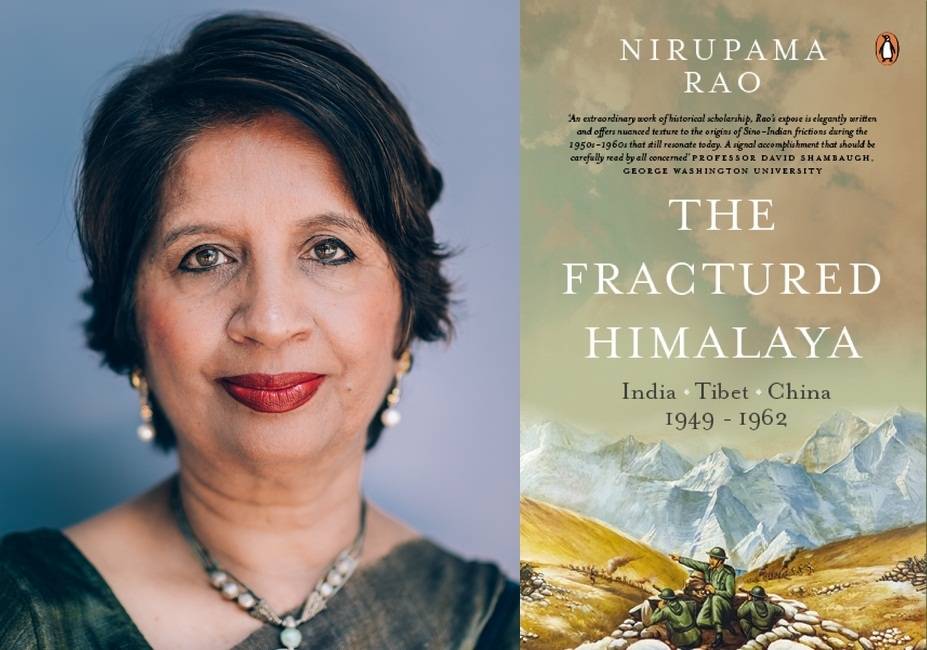 She brings a practitioner’s keen eye to the labyrinth of negotiations and official interactions that took place between the two countries from 1949 to 1962…writes Vishnu Makhijani.

The Sino-Indian border stand-off is set for a long haul as Beijing seems “to have lost the plot” and within China, nationalism and authoritarianism “make for a toxic cocktail” that is steadily rising levels of tension in the region, says Nirupama Rao, a former Indian Foreign Secretary who has served ambassadorial stints in Beijing and Washington.

She also asserts that the Government must bring the Opposition on the same page on its dealings with China and formulate an effective communication policy that articulates a balanced approach, while the media must act responsibly on the issue.

“I certainly do not see any rainbows on the horizon ahead. The Chinese stand on the boundary question has steadily grown more rigid, inflexible and aggressively assertive in recent years,” Rao told in an interview on her book “The Fractured Himalaya – India, Tibet, China 1949-1962” (Penguin).

“The pattern of Chinese behaviour is witnessed all across the region including in the maritime environment of the East and South China Seas. In China, nationalism and authoritarianism make for a toxic cocktail that is steadily rising levels of tension in the region,” Rao maintained.

At the bottom line, she writes in the book that losing the future “because of our ongoing quarrel between past and present in the quest for vengeful indictment can yield little by way of value. Beyond emotion and sentiment, the space for mutually acceptable solutions does exist and must be exploited.”

However, “the possibilities and prospects of realising such a scenario may increasingly be fewer and fewer if we do not learn from the lessons of history. Because of this, optimism is a scarce commodity and the road is long. We must for now accept the smallness, and the restricted, confining nature of the present.”

“Perhaps, one can visualise the dramatis personae in our history, most of them taken by the Grim Reaper, congregating one last time in some galactic hideaway as they take stock of the enormous liabilities that stem from the gambles they made – and the burden this inheritance imposes on future generations, yet unborn,” Rao writes.

Noting that India and China “are still writing the second act in the story of the life of their relationship”, Rao writes: “Around them, and within their own borders, worlds have changed unalterably. But a clear and unbiased reading of the history of the fifties and the early sixties of the last century in their bilateral interaction to yields useful pointers. Diplomacy may be life without maps, but an understanding of its history enables us to chart new paths and address fault lines. Only a combination of hindsight about history, and foresight, can help illuminate the pathways to an ultimate solution.”

“The Fractured Himalaya” unknots the intensely complex saga of the early years of the India-China relationship. Rao’s telling is based not only on archival material from India, China, Britain and the United States but also on a deep personal knowledge of China. In addition, she brings a practitioner’s keen eye to the labyrinth of negotiations and official interactions that took place between the two countries from 1949 to 1962.

The book looks at the inflexion points when the trajectory of diplomacy between the two nations could have course-corrected but was not. Importantly, it dwells on the strategic dilemma posed by Tibet in relations between India and China-a dilemma that is far from being resolved. The question of Tibet is closely interwoven into the fabric of this history. It also turns the searchlight on the key personalities involved – Jawaharlal Nehru, Mao Zedong, Zhou Enlai and the 14th Dalai Lama – and their interactions as the tournament of those years was played out, moving step by closer step to the conflict of 1962.

It is quite clear that the Government and the Opposition are at daggers drawn on the LAC standoff. How can this situation be resolved to bring everyone on the same page?

“Only dialogue in a reasoned and transparent manner between the Government and the Opposition can be the prescribed solution. The Opposition also needs to understand the complex issues we are dealing with, as also the history of the problem. This is an issue of national interest as well as national security that we must close ranks in the political space of a democratic society, Rao asserted.

“Noise and more noise, in the public space – and here, the media must also act responsibly – can never help the nation. The Government also needs an effective communication policy that is always anticipatory of the direction in which the public debate is going and is able to lead the discussion by articulating the balanced approach that is greatly needed in such matters,” she added.

What impact would the developments in Afghanistan have on India-China relations – both in the short term and in the long run?

“China’s closeness and strategic alliance with Pakistan make for a regional posture that has generated more tension, alienation and distance between India and China. China’s intentions and strategic outlook vis-a-vis Afghanistan lack clarity. For that matter, the entire situation in Afghanistan today is marked by great uncertainty about the future and rising levels of human suffering among the ordinary population of the country.

“China must engage India in helping to bring about a viable regional understanding and path forward on Afghanistan that has the welfare, the human security and the development of the people of Afghanistan at its core,” Rao maintained.