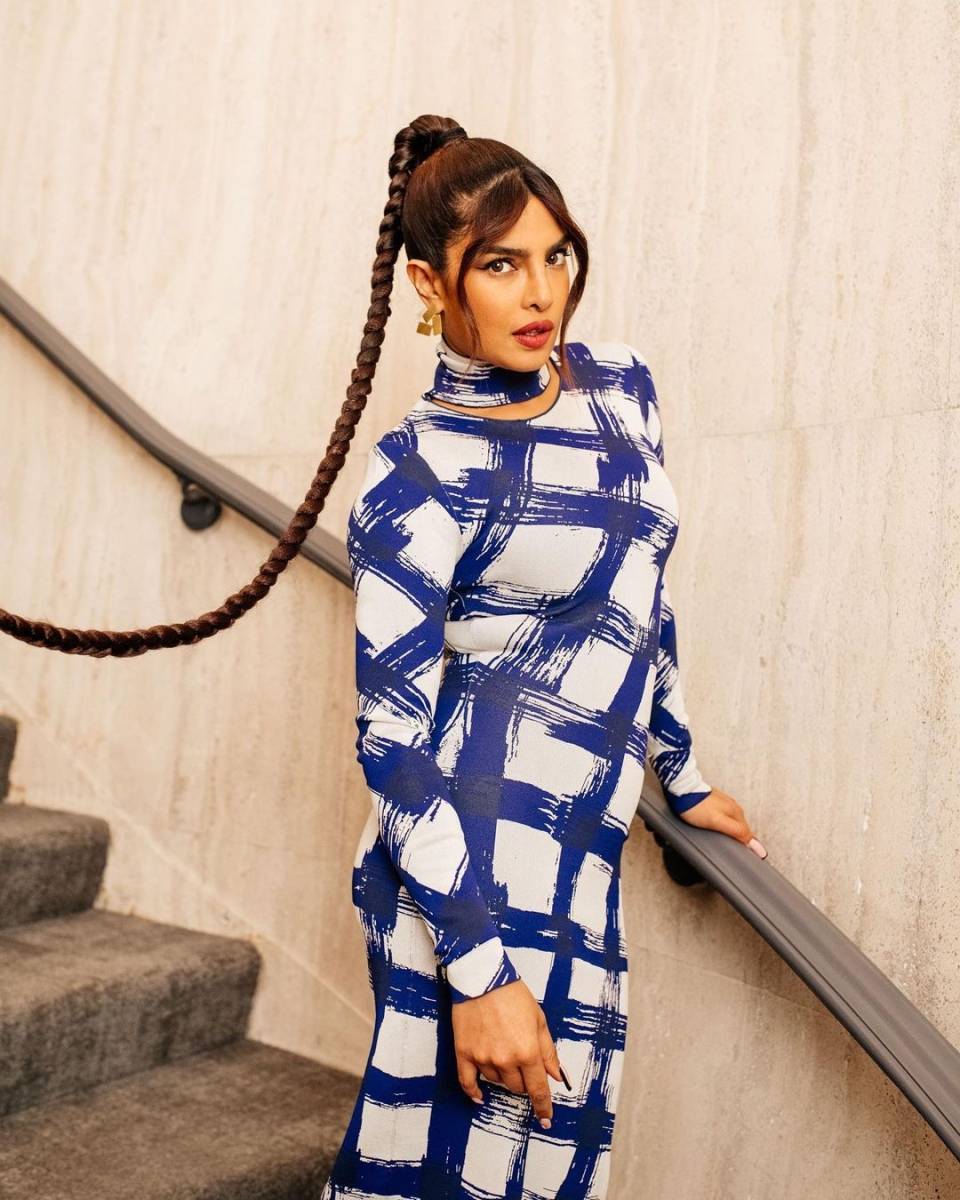 The 39-year-old star garnered immense success with her power-packed performance in the ‘Fashion’ in 2008. Since then, there was no looking back for Priyanka…writes Durga Chakravarty

Ever since her acting debut in 2003, Priyanka Chopra Jonas has proved herself in every work that has come her way. The global star says she performs better when under pressure but does not take the stress from other people’s expectations.

The former Miss World, who is currently creating waves internationally with her stellar performances, says she was always told that she wouldn’t be able to do it.

Proving everyone wrong, Priyanka, who is one of India’s highest-paid and most popular entertainers, in a candid chat with IANS said: “I do put pressure on myself. When I put pressure on myself, I perform better, I take decisions and work well under pressure. But I don’t take pressure from other people’s expectations.

“I never have because I would never be able to survive if I was listening to what everybody thought. I have always been told that ‘Yeh thodi na kar payegi’ and ‘you won’t be able to do it’. I have always heard that but I just keep walking forward and keep doing my work.”

The 39-year-old star garnered immense success with her power-packed performance in the ‘Fashion’ in 2008. Since then there was no looking back for Priyanka.

The actress swept the audiences off their feet with her work in films such as ‘Mary Kom’, ‘7 Khoon Maaf’, ‘Barfi!’, ‘Kaminey’, ‘Dil Dhadakne Do’, ‘Bajirao Mastani’, ‘The Sky Is Pink’ and ‘The White Tiger’ to name a few.

In Hollywood, Priyanka earned global recognition with her work in the thriller series ‘Quantico’ and followed that a string of hits such as ‘Baywatch’, ‘A Kid Like Jake’, ‘Isn’t it Romantic’,’We Can Be Heroes’ and now she awaits the release of the much talked about film ‘The Matrix Resurrections’.

How does she take her own game a notch higher?

Priyanka had her own share of struggles in Hollywood too.

“I had to, as a new actor, introduce myself working towards being able to get roles like this and playing leading parts.”

Priyanka added: “It’s taken a while because I think it is required to educate this side of the world that South Asian talents can be mainstream but I feel very proud to be able to do that now and I always as an artiste try to better myself in everything I do.”

The Jamshedpur-born actress, who celebrated her third marriage anniversary with her American pop star husband Nick Jonas, also talked about the challenges of shooting a film like ‘The Matrix Resurrections’ starring Keanu Reeves.

Priyanka said: “It is a very difficult task to take on… We almost shot for seven-eight months and also we shot during Covid. So, that was difficult. Also, the scale of the movie. I think there was a lot of pressure on everyone.”

“But we have an amazing team, such an amazing technical team behind the movie that it was bound to be in great hands.”

Warner Bros Pictures is all set to release ‘The Matrix Resurrections’ pan-India on December 22 in Hindi, English, Tamil and Telugu.

Shweta: Embodying pain while not having felt it is really challenging