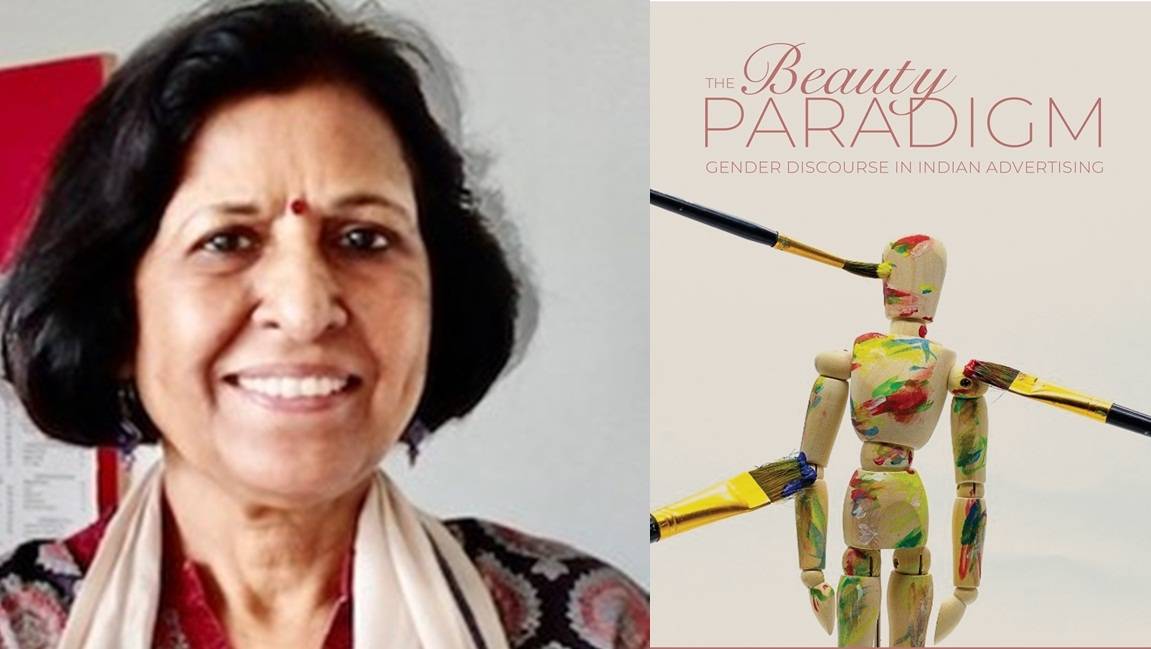 “During the 1990s, issues of sexuality rather than gender became the focus of discourse and debate…reports Asian Lite News.

Stereotyping and objectification of women in the media narrative is a universal truth that needs to be addressed, questioned and reversed as the media in general, especially advertising, has failed to a large extent to understand and assimilate a definite social shift and the changing status of women in the society per se, says industry expert Jaishri Jethwaney in a new book that examines how objectification, sexualisation and patriarchy loom large in advertising across societies.

“Clients, especially the large advertisers who are the ultimate decision-makers on what would the final ad narrative on their brands would be, have to own the responsibility for ensuring gender-sensitive narrative,” Jethwaney, an ICSSR Research Fellow and former Professor and Programme Director (Advertising and PR) at IIMC, says of “The Beauty Paradigm: Gender Discourse in Indian Advertising (SAGE Response)”.

“The content analysis of more than 1,100 campaigns across three decades from the 1990s until now has proved beyond doubt the blatant stereotyping of women in ads across brand categories,” she says.

The findings are not any different from the ASCI’s Gender Next Report, 2021 that reflects that women are stereotyped and projected sensually, with the “average ads featuring an unrealistic and unobtainable standard of beauty… There emerges a gap between the intent to create more positive depictions of women and the current reality of depictions”, the report says.

Going back into time, Jethwaney writes that the feminist thought in the 1960s in retrospect, drew attention to the representation of women in media and called for a systematic investigation into the area of female role stereotypes in popular media.

“Particularly, it was suggested that advertising in popular media was a primary means for introducing and promoting female role stereotypes and sexism, calling attention to a systematic investigation into this area. Scholars believe that whereas the 1960s and 1970s largely experienced the development of the feminist perspective, the 1980s and 1990s coincided with the emergence of a viewpoint that gradually weakened the arguments of feminist thought.

“During the 1990s, issues of sexuality rather than gender became the focus of discourse and debate. During this period, sexual imagery of women was viewed as radical and cutting-edge rather than unfair and exploitative,” Jethwaney writes.

The research in different countries and at various points of time is reflective of the exclusive and gender insensitive nature of societies. Critics believe that it is inevitable because, in general, social thoughts like philosophy, history, science, even theory are also gender insensitive, which has a concomitant impact on the policies as well as on governance and justice.

Media, a part of the social milieu too remains largely gender insensitive in its approach and narrative. Advertising, as a marketing tool, draws its references from various persuasive theories that look for appeals and symbols that largely cater to men and male gaze, she writes.

“Advertising is criticised for voyeurism, misogyny, objectification of women’s body and for following a patriarchal approach in its discourse.

“Objectification is a notion central to the feminist theory. It posits treating a person, usually a woman as an object, the focus being primarily on sexual objectification. Critics believe that the feminist literature of 20th century and later was hugely influenced by Immanuel Kant’s work on sexuality and objectification,” Jethwaney writes.

Objectification, for Kant, involved the lowering of a person, i.e. a being with inhumanity, to the status of an object. He argued that when a woman was seen as an object of enjoyment in sexual relations, the object was of no use once that enjoyment was over. In this way, the loved person tends to lose what was special to her as a human being-her humanity, and is reduced to a thing, a mere sexual instrument. Kant’s notion of objectification, therefore, focused largely on instrumentality: the treatment of a person as a mere tool for the lover’s purposes, the author states.

How, then, does one break out of the shackles?

“Social transformation accompanied with implementation of laws shall be the key to address women related issues in India. The feminist literature and movements bear testimony to the fact that feminism is very much home grown and organic in India and not a copy of the West as generally alleged. The feminist movement is not against men but about fighting the power structures that are so well embedded in the familial, social, political and economic spheres,” Jethwaney maintains.