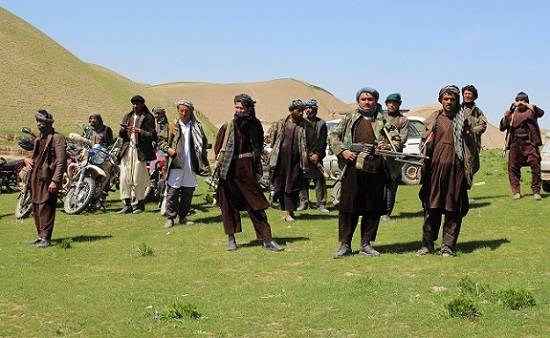 Afghanistan’s Ministry of Foreign Affairs has welcomed the recent Human Rights Watch and other verified independent sources’ report on documenting the Taliban’s violence and crimes, and “strongly condemns these reprehensible crimes”.

“The Government of the Islamic Republic of Afghanistan calls on the international community, human rights agencies, and the International Criminal Court (ICC) to cooperate with the Afghan Government in preventing the Taliban’s organised atrocities and prosecution of the perpetrators to put an end to impunity in Afghanistan,” it added.

The Afghanistan government, while appreciating the independent verified international agencies’ efforts in confirming the Taliban’s non-compliance to their international commitments and the Doha Peace Agreement, stresses the need to convene an extraordinary meeting of the Human Rights Council and dispatching a fact-finding delegation to assess and follow up on the Taliban’s violations and crimes against humanity, it added.

IANS had reported that Taliban forces that have taken control of districts in Afghanistan’s southern Kandahar province have detained hundreds of residents whom they accuse of association with the government.

Human Rights Watch said the Taliban have reportedly killed some detainees, including relatives of provincial government officials and members of the police and army.

The watchdog said that after Taliban forces took control of Kandahar’s Spin Boldak border crossing with Pakistan on July 8, and the Spin Boldak district centre on July 16, they conducted searches to identify residents who have worked for the local government or security forces.

Taliban forces that control areas around Kandahar city have carried out similar searches and have evicted some residents.

Taliban have taken more than 300 people into custody and have detained them in unidentified locations.

“There are grave concerns that Taliban forces in Kandahar may commit further atrocities to retaliate against the government and security forces,” said Patricia Gossman, Associate Asia director at Human Rights Watch. “Taliban leaders have denied responsibility for any abuses, but growing evidence of expulsions, arbitrary detentions, and killings in areas under their control are raising fears among the population.”