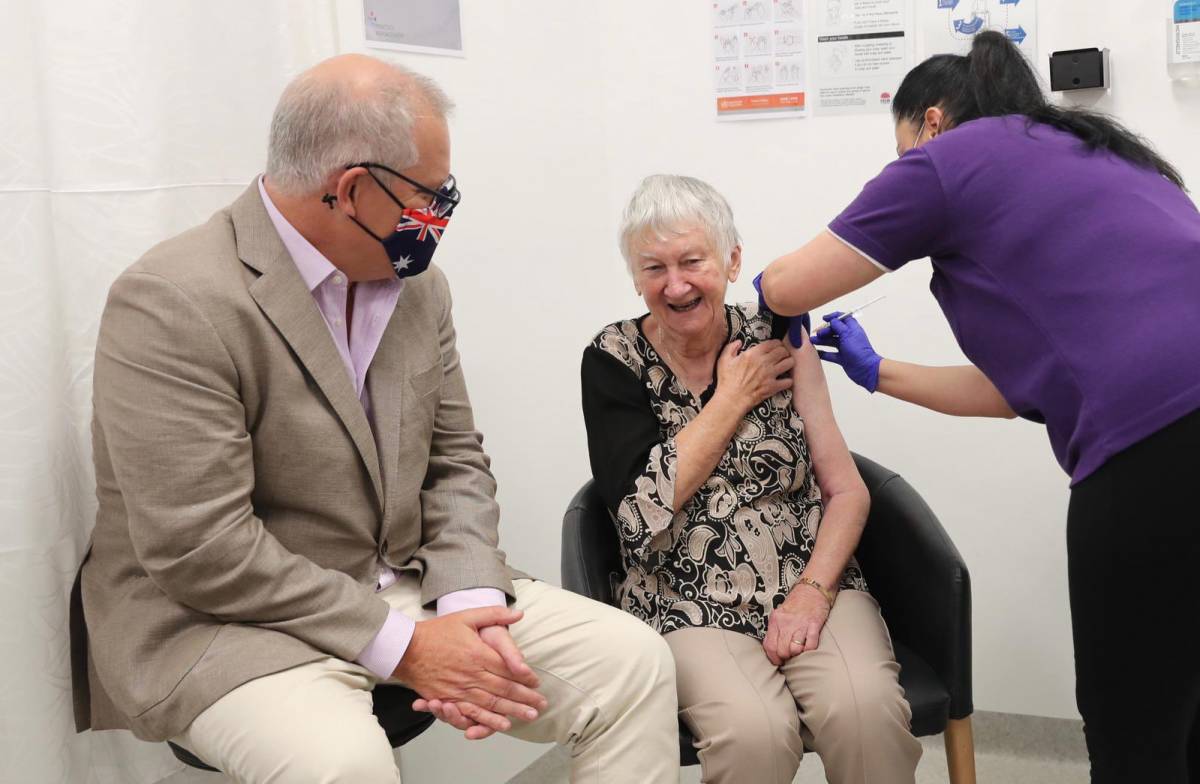 Prime Minister Scott Morrison has become one of the first Australian to receive a Covid-19 vaccine.

Jane Malysiak, an 84-year-old World War II survivor, was the first Australian to receive a vaccine, according to a media report.

“Tomorrow our vaccination program starts, so as a curtain raiser today we’re here making some very important points; that it’s safe, that it’s important, and we need to start with those who are most vulnerable and are on the front line,” Morrison said.

Earlier on Sunday, Health Minister Greg Hunt said that the decision was made to vaccinate political leaders early in order to instill confidence in vaccines. Anthony Albanese, the leader of the Opposition Labor Party, will receive vaccines within days.

“Many people are worried, has this been too quick? And we had to show that it’s been full, thorough assessment and that we believe in the safety ourselves,” he said.

Hunt said that the first goal of Australia’s vaccine rollout, which will begin in full on Monday, was protecting the community.

“Our first goal is protection. And what we see is with both the two initial vaccines, the Pfizer and the AstraZeneca vaccine,” he said.

“The second goal is to have as high as possible a rate, and we will learn more as a world about the impact in terms of preventing transmission, although the evidence is increasingly strong, but also the longevity of the antibody protection, and that’s not known yet, but it will be known over the course of the coming year.”

As of Saturday afternoon, there had been 28,920 confirmed cases of Covid-19 in Australia, and the numbers of locally and overseas acquired cases in the last 24 hours were zero and two respectively, according to the latest figures updated on Saturday evening from the Department of Health.