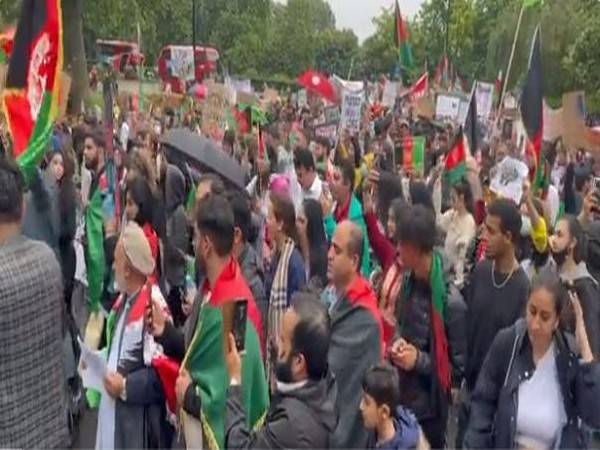 The situation was further worsened by a suicide attack at Kabul airport, which killed members of foreign troops as well as Afghan civilians….reports Asian Lite News

Recent scenes of barbarity in Afghanistan after the Taliban takeover have exposed the devastating state of human rights in the war-ravaged country.

Dr Syed Akhtar Ali Shah, writing in The Express Tribune notes that the tragic events that unfolded in Afghanistan in recent days left everyone traumatised and sorrowful. Babies were thrown over walls in a bid to protect them, young men clung to airplanes boarding foreign troops in attempts to escape the country but only ended up falling off the sky.

The situation was further worsened by a suicide attack at Kabul airport, which killed members of foreign troops as well as Afghan civilians. The recent scenes of barbarity have exposed the devastating situation in Afghanistan, which is only expected to further deteriorate, Shah said.

A refugee remarked, “I left my whole life, my home to continue to have a voice. Once again, I am running from my motherland. Once again, I am going to start from zero. I took only my cameras and a dead soul with me across an ocean. With a heavy heart, [I say] goodbye [to] motherland.”

This demonstrates the dire human rights conditions in the country. People have the right to enjoy an environment free from coercion and uncertainty, which cannot be provided in a state ruled by men with mob mentality, said Shah.

The jubilant supporters of the Taliban’s governance argue that peace has returned, and life will be safer. However, in today’s world the “right to life” is defined and understood in a wider scope. Life does not mean mere survival but also includes the quality of life, added Shah.

Under the UN declaration, human rights include respect for the norms of international law, especially relating to the use of force. The recognition of the primary responsibility of states is to protect their populations from genocide, crimes against humanity, ethnic cleansing, and war crimes. The human rights framework also includes addressing the reasons for displacement and statelessness.

The proliferation of hate speech, incitement to violence, and violent extremism threaten human rights. Fundamental rights such as the right to free movement, right to form an association, right to freedom of speech, right to religion, and freedom of choices aid a meaningful life, said Shah.

At present, the chaotic situation in Afghanistan, with images of gun-toting persons all around, has put the whole population in a state of siege. People’s movement has been restricted which demonstrates the absence of even the most basic of human rights in the country, reported The Express Tribune.

There is a need for laws and rigorous reforms. The laws should be in accordance with the Universal Declaration of Rights. Certain rights are intrinsic in nature and cannot be taken away, expressed Shah. (ANI)

ALSO READ: EU is in no hurry to recognise Taliban