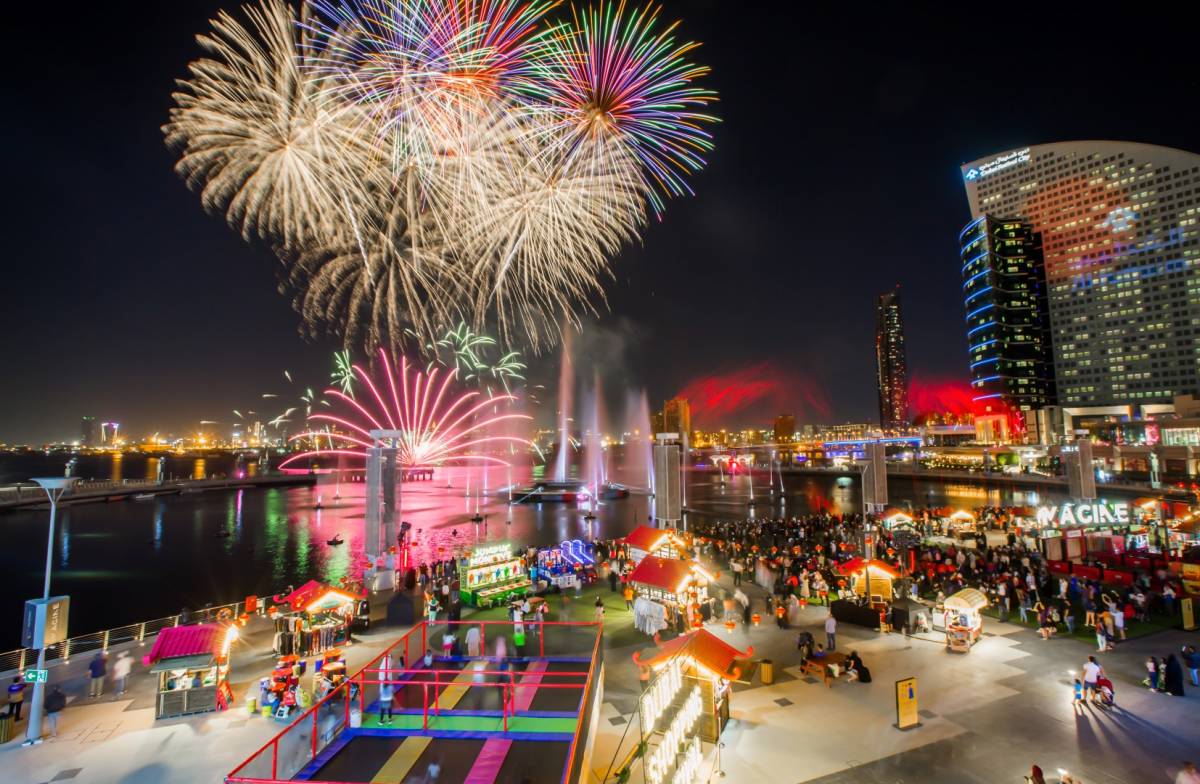 As well as incredible performances in the sky, the celebrations will also see equally spectacular performances on the ground, with a whole host of live concerts set to thrill audiences…reports Asian Lite Newsdesk

A spectacular line-up of events to celebrate National Day has been unveiled by the Department of Culture and Tourism – Abu Dhabi (DCT Abu Dhabi), with residents and visitors set to enjoy a whole host of family and community events from 1 to 3 December – and beyond.

A fantastic programme of thrilling events all over the emirate will invite everyone to share in the success of the nation, celebrate the last 50 years and look forward to the next five decades. The schedule of more than 20 immersive events will celebrate the UAE’s culture, diversity, and people through heritage-focused festivals, spectacular music and dance performances, thrilling sporting activities and breathtaking fireworks displays.

As well as incredible performances in the sky, the celebrations will also see equally spectacular performances on the ground, with a whole host of live concerts set to thrill audiences – with the fun set to begin even before National Day weekend, with popular Emirati singer Eidha Al Menhali performing at Qasr Al Hosn on 26 November.

This will be followed by concerts across National Day weekend, led by Iraqi artist Majed Al Mohandis and Iraqi singer-songwriter Aseel Hameem, who will take to the stage at Emirates Palace on 1 December. Emirati singer Hamad Al Ameri will perform at Qasr Al Hosn on 2 December, with Emirati singer Ahlam closing the weekend at Louvre Abu Dhabi on 3 December.

Performances of another type will be on offer at the Abu Dhabi Sports Aviation Club on 2 December, with a one-of-a-kind Skydive Show and Formation Jump, featuring 16 skydivers carrying the UAE flag and creating a ‘50’ formation above the city. Additionally, in cooperation with Jazira Club, there will be a fly-over featuring approximately 50 airplanes and local pilots, Paramotor and Parasailing Shows with the UAE flag, and for spectators watching on the big screen, gift giveaways of skydiving, parasailing and aviation vouchers.

Also on 2 December, Bawabat Al Sharq Mall will host a National Day Flash Mob along with their fireworks show, from 6pm to 8pm. The mall will also host the Sheikh Zayed Hologram interactive experience and screenings of Majlis the Story of the 50th, a film which uses archival footage to recount the UAE’s successful journey over the last 50 years. Both attractions will be open from 10am to 10pm until 4 December. There will also be a film screening at Qasr Al Hosn , where there will be a special ‘50 Year’ film screening with the first 50 guests on 2 December also treated to a private experience of the attraction.

The Golden Jubilee celebrations continue with Marsana at Hudayriyat Island’s special Year of the 50th activations from 1 – 3 December, as well as celebrations at Sheikha Fatima Park and Qasr Al Muwaiji. Cultural Foundation will see performances of Sailing the Silk Road by the renowned Caracalla Dance Theatre, the interactive exhibition Al Mujamma, plus art installations and screenings of films by Emirati filmmakers. Meanwhile, Manarat Al Saadiyat will host immersive art installations and workshops over the weekend.

Bait Mohammed bin Khalifa and Al Jahili Fort will also be participating in National Day celebrations with exhibitions of historical artefacts from life in Abu Dhabi over the last 50 years on show, and activations which embrace Emirati culture through art, music and gastronomy. In addition, over on Yas Island, the Island’s many entertainment, hospitality and dining attractions will be celebrating the UAE’s Golden Jubilee with 50 days of exclusive offers and competitions.

There will also be two fantastic ‘Seasons’ that coincide with the National Day celebrations. Firstly, Abu Dhabi Culinary Season will continue until 9 December, celebrating the UAE’s gastronomic landscape from the last 50 years, with outlets taking guests on a food journey through a special culinary activation: the Trademark Story campaign. Taking part in the campaign are 17 malls and over 100 restaurants offering trademark dishes for a special price of AED 50.

There will also be the start of the Abu Dhabi Winter Shopping Season – which starts on 2 December and run until 31 January 2022 – offering exclusive deals and discounts, with plenty of shop-and-win promotions, across popular brands at the emirate’s malls.

Enhancing the National Day experience for everyone across the weekend, Abu Dhabi residents and visitors will also be mesmerised by the National Day Golden Jubilee light decorations, which are lining the city’s roads, leading to the attractions and events. The vibrant lights, adorning streetlamps and rails, show modern abstract shapes, the UAE flag intertwined with a ‘50’ and the UAE emblem.

In celebration of the nation’s momentous milestone, DCT Abu Dhabi has launched the Jubilee Cultural Pass, granting free or discounted access to a diverse range of cultural sites and museums across the emirate