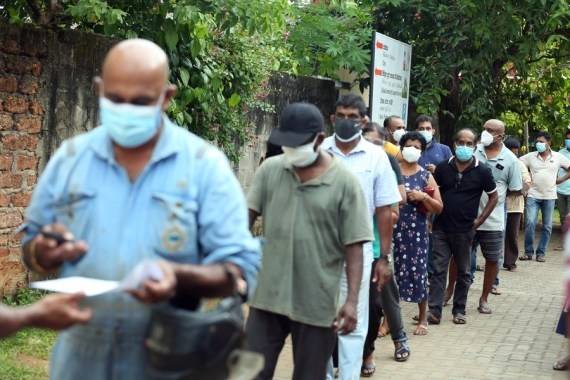 The vaccines were administered on Saturday at the Panadura Health Office in Kalutara District, in the outskirts of capital Colombo…reports Asian Lite News

Sri Lanka’s Health Ministry has started administering the Chinese Sinopharm vaccine against Covid-19 to citizens, soon after the World Health Organization (WHO) approved it for emergency use worldwide.

The vaccines were administered on Saturday at the Panadura Health Office in Kalutara District, in the outskirts of capital Colombo, an area which has reported a rising number of Covid-19 cases in recent days, reports Xinhua news agency.

Speaking at the launch of the vaccination drive, State Minister of Production, Supply, and Regulation of Pharmaceuticals Channa Jayasumana thanked the Chinese government for sending the Sinopharm vaccines and said this would add to the efforts of the Sri Lankan government to inoculate at least 70 per cent of its population against the virus by the end of the year.

“Today is a very special day for the Panadura MoH office. We want to thank the Chinese government as well as the WHO for approving the Sinopharm under emergency use. Today we began administering the Sinopharm in the Panadura area and want to thank President Gotabaya Rajapaksa for approving to start this program from the Kalutara district,” Jayasumana said.

State Minister of Primary Health Care, Epidemics and Covid Disease Control Sudharshani Fernandopulle, also said at the launch that with the WHO and the National Medicines Regulatory Authority (NMRA) approving the Sinopharm vaccine under emergency use in Sri Lanka, authorities will now look to get more vaccines from China to vaccinate the local population.

“Today we began administering the Sinopharm vaccine in the Panadura Health office for locals above the age of 30 years and below the age of 60 years. From tomorrow (Sunday) we will also identify the areas which have reported the highest number of Covid-19 patients in recent days and will begin to administer the Sinopharm vaccines in those areas as well,” Fernandopulle said.

She said some of the areas worst affected by the virus were Colombo, Kalutara, Gampaha, Kurunegala, Kandy, and Matale, and authorities were making arrangements to vaccinate the people in these areas as soon as possible.

The Sinopharm vaccines arrived in Sri Lanka last month, under a special grant by the Chinese government to the Health Ministry.