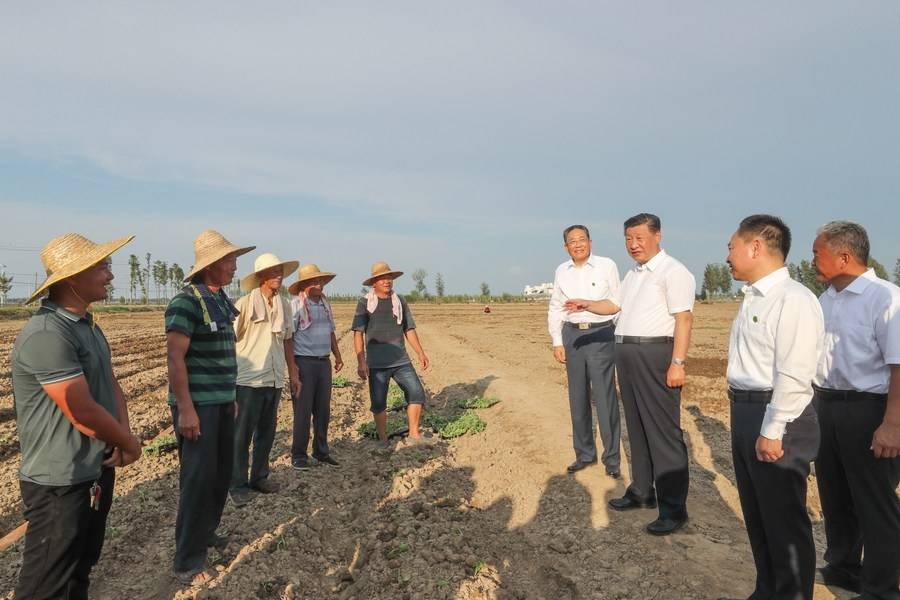 “The land is damaged, when they return the land to us for rice planting, yields are down and of lesser quality,” a farmer informed…reports Asian Lite News

Farmers in Laos have urged the local government authorities not to lease lands to the Chinese farmers during the off-season of rice paddies in the country.

This came as the NAMPheung company has been leasing at least 180 hectares of land in Ngeun district to the Chinese farmers who grow watermelons on this land from December to April and then returns it to the villagers before the rice-planting season, Radio Free Asia reported.

“The land is damaged, when they return the land to us for rice planting, yields are down and of lesser quality,” a farmer informed.

“The Chinese investors dig into the land so deep so the farmers have to fill up the land before planting. It’s a waste of money labour and time,” the villager said, adding that the villagers don’t want to lease the lands to the Chinese people.

Meanwhile, the villager also informed that labourers in other provinces who work on Chinese melon farms have reported that Chinese company workers sometimes steal villagers’ property, including livestock, and that they relieve themselves wherever they happen to be because so many farms are located far from toilets, Radio Free Asia reported.

Besides, the Chinese farmers are also leasing land in three more districts in Laos.

China on Saturday hit out at former Australian Prime Minister Tony Abbott over his visit to Taiwan and issued a strong statement against him.

The development comes after Abbott, who is the Special Envoy for Indigenous Affairs of Australia, visited Taiwan last week and met President Tsai Ing-wen along with other government officials, Taiwan News reported.

In response to Abbott’s visit, the Chinese embassy in Canberra posted a statement on their website, saying, “Tony Abbot is a failed and pitiful politician,” Taiwan News reported.

The statement also said that “His [Abbott’s] recent despicable and insane performance in Taiwan fully exposed his hideous anti-China features” and added that Abbott’s recent visit will further discredit him.

Speaking at a regional conference in Taipei, Abbott had addressed the full suite of concerns facing the international community in its relations with the Chinese Communist Party (CCP), Taiwan News reported.

“It’s boosted cyber spying on its own citizens, cancelled popular personalities in favour of a cult of the red emperor, brutalized Indian soldiers in the Himalayas, coerced other claimants in its eastern seas and flown ever more intimidatory sorties against Taiwan,” said Abbott as reported by news agencies.

Beijing claims full sovereignty over Taiwan, a democracy of almost 24 million people located off the southeastern coast of mainland China, despite the fact that the two sides have been governed separately for more than seven decades.

Taipei, on the other hand, has countered the Chinese aggression by increasing strategic ties with democracies including the US, which has been repeatedly opposed by Beijing. China has threatened that “Taiwan’s independence” means war.

On June 1, Chinese President Xi Jinping pledged to complete reunification with self-ruled Taiwan and vowed to smash any attempts at formal independence for the island. (ANI)