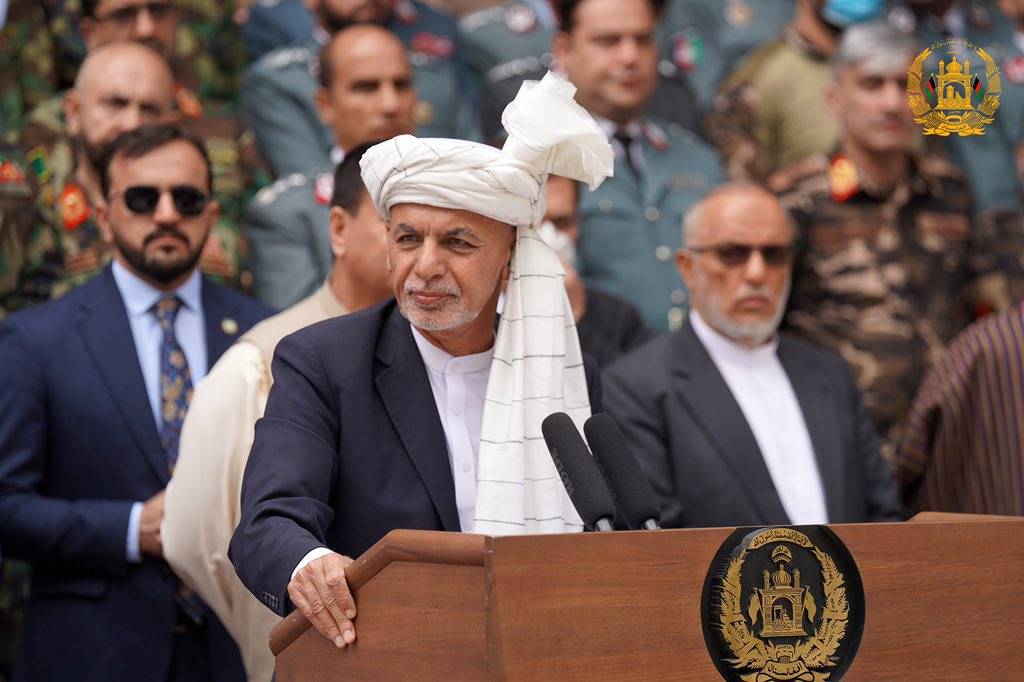 The incident reported minutes ahead of a speech by President Ashraf Ghani marking the start of the Muslim holiday of Eid Al-Adha….reports Asian Lite News

During the morning Eid prayers on Tuesday, three rockets landed in areas near the Presidential Palace during Eid prayers, Tolo News reported.

The incident reported minutes ahead of a speech by President Ashraf Ghani marking the start of the Muslim holiday of Eid Al-Adha.

The landing were heard across the heavily fortified Green Zone that houses the presidential palace and several embassies, including the US mission, it was reported.

“All the rockets hit three different parts. Based on our initial information, we have no casualties. Our team is investigating,” he added.

Ghani speaking at a ceremony after Eid prayers slammed the Taliban saying that they have “no will for peace”.

He said, “This Eid has been named after Afghan forces to honour their sacrifices and courage, the Taliban showed that they have no will for peace” and added that “we will make decisions based on that,” reported Tolo News.

Meanwhile, representatives from fifteen NATO members in Afghanistan, in a joint statement, urged the Taliban to put the ongoing violation to an end.

The statement slammed the Taliban over targeted assassinations in Afghanistan, destruction of infrastructures, threats, declarations, and other actions against the gains of the past 20 years.

In the recent developments, the United States termed the Afghan government and Taliban meeting in Doha as “a positive step” and noted that “more must be done urgently” as Afghans are suffering terribly from the war.

Meanwhile, Turkish President Recep Tayyip Erdogan has said that the Taliban should “end the occupation” in Afghanistan amid rising violence in the war-torn country.

“The Taliban should end the occupation of the soil of their brothers,” Erdogan stated on Monday in a press conference upon his departure to Northern Cyprus.

Turkey, whose forces in Afghanistan have always consisted of noncombatant troops, has offered to guard the airport as questions remain on how security will be assured along major transport routes and at the airport, which is the main gateway to the capital Kabul.

The security of the airport is crucial for the operation of diplomatic missions out of Afghanistan as Western forces pull out.

The airport is in a strategic location close to the Afghan presidential palace and foreign diplomatic missions in Kabul and is the only place from which to evacuate diplomats in emergency situations.

The Taliban warned Turkey against possible plans to keep some troops in Afghanistan to run and guard Kabul’s main airport after the withdrawal of foreign troops, calling the strategy “reprehensible”.

“The Islamic Emirate of Afghanistan condemns this reprehensible decision,” the terror group said in a statement.

“If Turkish officials fail to reconsider their decision and continue the occupation of our country, the Islamic Emirate… will take a stand against them,” it added. (ANI)