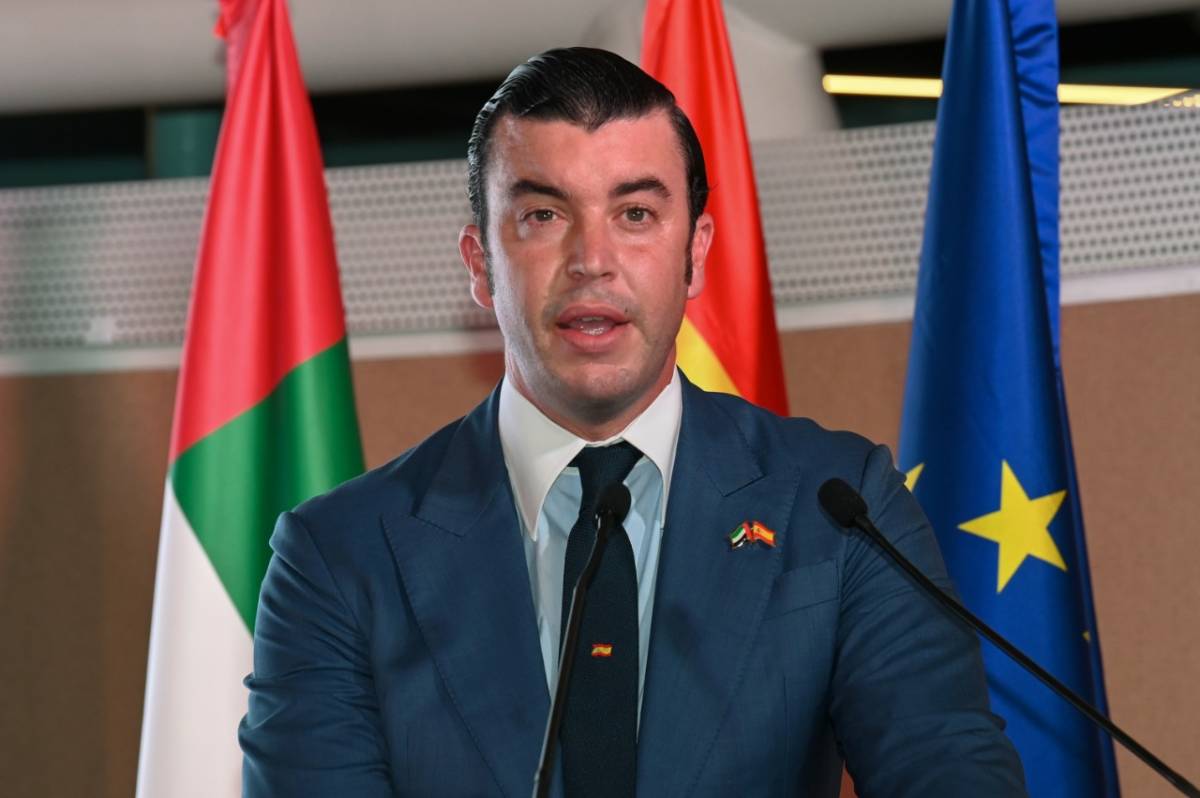 The celebration was organised by the Spanish Embassy in Abu Dhabi, the Spain Pavilion and the Spanish Business Council…reports Asian Lite News

ALSO READ: The Gambia celebrates its National Day at Expo 2020

Addressing the gathering, the Deputy Commissioner General of the Spain Pavilion invited the Spanish community and all the guests to visit the Pavilion and enjoy more than 100 performances organised during the next six months.

“During the Expo, the Spain Pavilion has organised a very rich cultural and specialized programme of activities and events. This programme opened with the flamenco singer Miguel Poveda, and currently the musical group Artefactum is playing in different venues of the Expo,” said Bueno.

Fernández, President of the SBC, thanked all the entities that made the event possible, especially the Spanish Companies that sponsored it, and invited them and the entire Spanish community to take advantage of the Expo to show that Spain has a lot to contribute to ‘Creating a better future’.

He affirmed that, “Today, I think we have left our darkest hours behind and being a strong and united community, we have managed to move forward.”

Finally, the Spanish ambassador, in his first National Day in the UAE, reaffirmed the excellent bilateral relationships between the UAE and Spain and he expressed his joy and pride for the Spanish involvement in the UAE.

“I have found a wealth of Spanish involvement in the UAE, whether in business, science, research, public affairs, or culture. This makes us very proud and confident in the future of our presence here”, said the Ambassador.

On the special occasion, the Government of Spain and the Spanish Embassy in Abu Dhabi recognised prominent Emirati institutions that have actively worked in strengthening the bilateral relationship between Spain and the UAE. The entities were rewarded with the “Friends of Spain” awards.