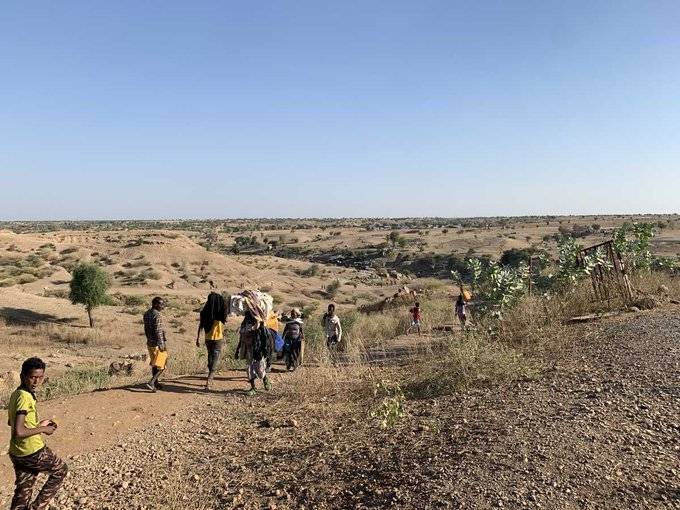 According to Ethiopian government figures, the conflict has displaced around 2.2 million people, while 4.5 million people are in need of emergency aid.

Access in parts of southern and southeastern Tigray has been curtailed for a month and the road from Alamata to Mekelle, the regional capital, remains closed, blocking humanitarian response in the area…reports Asian Lite News

Access in parts of southern and southeastern Tigray has been curtailed for a month and the road from Alamata to Mekelle, the regional capital, remains closed, blocking humanitarian response in the area, Xinhua news agency quoted Stephane Dujarric, spokesman for UN Secretary-General Antonio Guterres, as saying on Wednesday.

An estimated 2.5 million people in rural areas have not had access to essential services for the last four months, he said.

“We continue to receive concerning reports of attacks against civilians and civilian infrastructure, including the looting and vandalization of health centres, schools, as well as several cases of sexual and gender-based violence. All of which are unacceptable,” he told a daily press briefing.

The conflict continues to drive massive displacement across the region, with tens of thousands of people arriving in the towns of Shire, Axum and Adwa over the last weeks, he said.

The UN, along with its humanitarian partners on the ground, is scaling up the response and has assisted more than 1 million people with food baskets.

More than 146,000 displaced people have received emergency shelter and vital relief items and distribution is ongoing for nearly 60,000 people.

Over 630,000 people have received clean water, said the spokesman.

To date, two-thirds of the targeted districts have been accessed through 50 mobile health teams compared to 25 per cent last month.

The response is, however, still inadequate to reach an estimated 4.5 million people who need life-saving assistance, he said.

“We urgently need more funding to make sure we can urgently assist affected people.”

Ethiopia launched a military offensive in November 2020 to diminish the power of the Tigray People’s Liberation Front (TPLF), which rules the region and has been critical of the central government.
Also read:Eritrean troops to leave Ethiopia’s Tigray