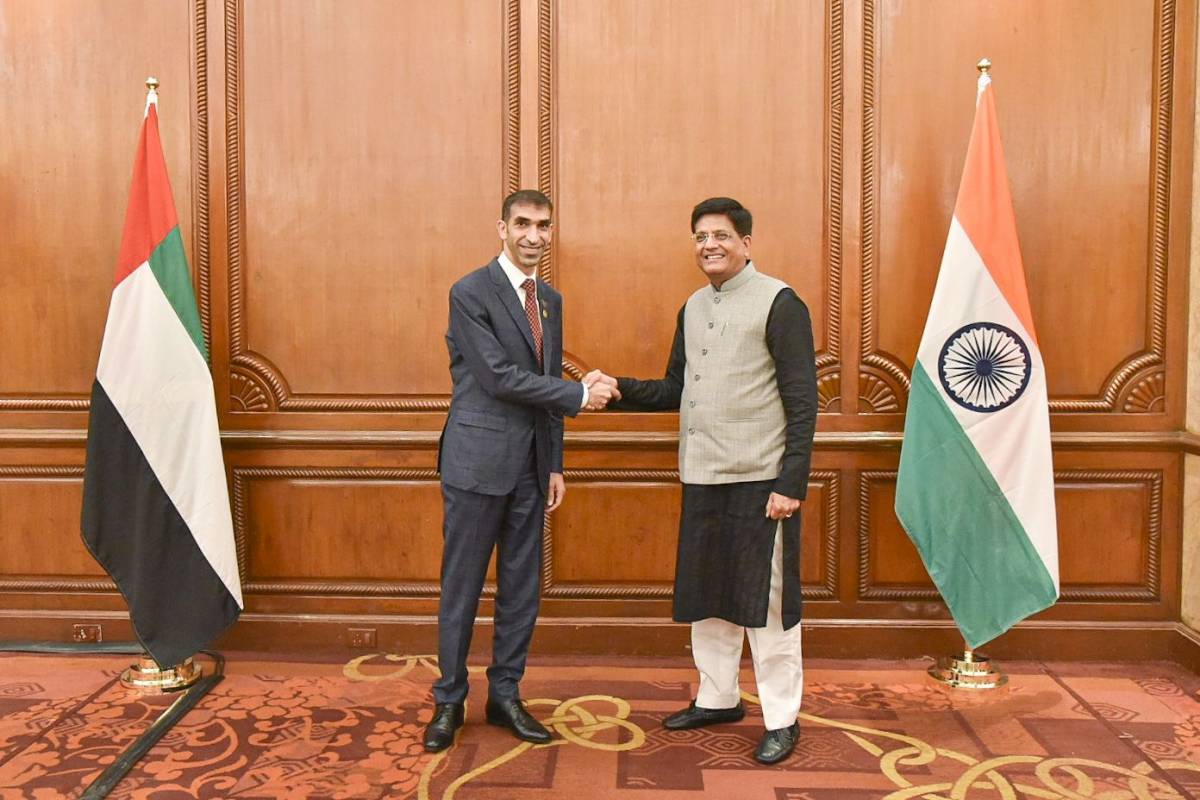 It will enhance ties, deepen economic and investment opportunities, and mark a new phase of strategic cooperation between the two countries. In international trade parlance, a CEPA is an economic pact between countries which is used to reduce tariffs.

In 2017, both the countries had signed a Comprehensive Strategic Partnership.

It is the second CEPA deal that Dr. Al Zeyoudi has commenced talks on this month, following negotiations with Indonesia, as the UAE accelerates its global trade agenda. The value of the UAE’s non-oil trade with India may rise from pre-pandemic levels of $40 billion to over $100 billion within five years of the agreement being signed.

“The UAE is moving quickly to establish new strategic agreements to expand our market access and use trade as a key pillar in a new era of economic cooperation,” Dr. Al Zeyoudi said.

“Trading routes have existed between India and our region for centuries. The CEPA builds on these historic ties by laying the foundation for a mutually beneficial partnership that creates new jobs, promotes foreign direct investment, empowers entrepreneurs, attracts talent and accelerates our knowledge-driven economies. It will strengthen our position as a global gateway to Africa, Asia and Europe, driving economic growth and prosperity across the region.”

Dr. Ahmed AlBanna, UAE Ambassador to India, added: “The Comprehensive Economic Partnership Agreement between our two countries comes at a very crucial time as we brace ourselves and set economic priorities for the post-pandemic era. Now is the time for the UAE and India to work together and take coordinated actions to achieve our ambitious bilateral trade target of $100 billion. Besides trade, we are keen to augment investment flows and lead the world by example.”

In addition, the UAE is the eighth-largest investor in India, having invested $11 billion between April 2000 and March 2021, while investment by Indian companies in the UAE is estimated to be over $85 billion.

As part of Dr. Al Zeyoudi’s visit to New Delhi, he also met with Jyotiraditya Scindia, India’s Minister of Civil Aviation, as well as Ashwini Vaishnaw, Minister of Electronics and Information Technology.

Trade underpins the UAE’s bold economic path for the next five decades and falls under the umbrella of the country’s Projects of the 50 agenda – a comprehensive roadmap designed to double the economy, enhance global competitiveness, attract foreign direct investment and enhance its position as an attractive hub for talent and investors.