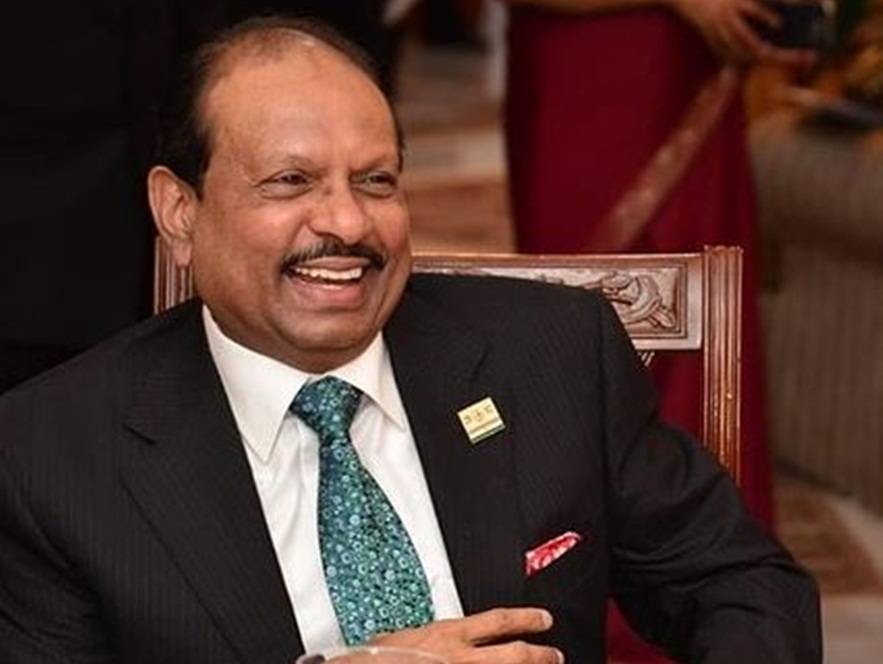 Krishna was in jail for the past six years in Abu Dhabi after his vehicle which he was driving, hit a Sudanese boy, who died soon after the accident happened….reports Asian Lite News

Finally, it was a much awaited and perhaps a walk to freedom by Beks Krishna, when he landed at the Cochin Airport from UAE and this was made possible by none other than billionaire businessman M.A. Yusuf Ali.

“I never expected that this day would ever dawn,” was his first statement after seeing his wife Veena and son Adwaith, who were present at the airport to receive him, when he arrived in the wee hours of Wednesday.

Krishna was in jail for the past six years in Abu Dhabi after his vehicle which he was driving, hit a Sudanese boy, who died soon after the accident happened.

Krishna was taken into custody and was sentenced to death.

“While being in jail there, I heard about six or seven instances, when similar people accused in cases like mine, where the sentence was executed. Hence I was very tensed,” said Krishna.

“But when I heard that Ali Sir had taken up my case, I regained the hope that I lost and it has now become a reality. Will always be grateful to him,” added Krishna.

Hailing from Thrissur, his relative despite several attempts to make truce with the bereaved Sudanese family, failed to make any headway.

But things started to change after they got in touch with Ali, who also hails from Thrissur and then things started to shine brightly and in January this year Ali deposited a sum of Rs one crore in the court, there.

Then it was left to the court which gave the green signal of his release and two days back he got the out pass to leave the country and on Tuesday night Krishna boarded the flight for India.

Ali has already made his intent clear after first depositing the money in the court, which will go to the Sudanese family and said Krishna can now go and be with his family for some months.

“I have offered him a job and he can return when he wants to take up the job. His life also has to move on and hence I offered him the job,” said Ali, who is the founder of the Lulu Supermarket chain.