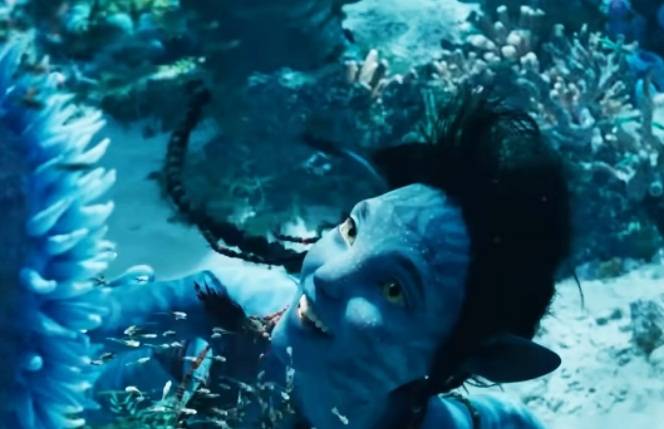 After playing in theatres, the teaser of the much-awaited epic sci-fi film, ‘Avatar: The Way Of Water’ has debuted online.

The film, which is set to drop in theatres on December 16, 2022, has been directed by James Cameron and is set more than a decade after the events of the first part.

The film, which centres on returning Jake Sully, played by Sam Worthington, along with Na’vi Neytiri, played by Zoe Saldana, and their family, boasts of spellbinding footage that includes shots of Pandora’s bright blue water – both above and below the surface; Toruk, the flying creatures introduced in the first film; and new whale-like animals.

The film, which has been in the making for more than ten years, has been produced by Cameron and Jon Landau, the film stars Zoe Saldana, Sam Worthington, Sigourney Weaver, Stephen Lang, Cliff Curtis, Joel David Moore, CCH Pounder, Edie Falco, Jemaine Clement, and Kate Winslet.

The first instalment is the top-grossing film of all-time at the worldwide box office as it minted $2.84 billion. It’s recognised as a pioneer for bringing in the digital 3D era and introducing new production tools and techniques in areas such as performance capture and virtual production.