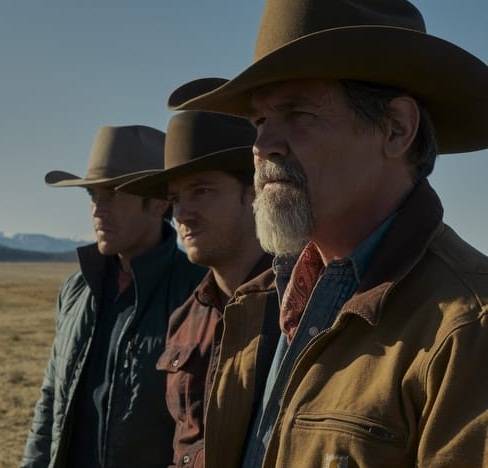 Among the older lot Josh Brolin as the rancher Royal Abbott, Lili Taylor as his farm wife Cecilia, and Will Patton as their irrational and physically sick neighbour Wayne Tillerson, are very convincing…writes Troy Rebeiro

Films and series set in the countryside of the wild west of America have always been intriguing and ‘Outer Range’ is no different. It is an engaging neo-western with sci-fi elements that astutely wraps the themes of power play, land disputes, family bonding, and time travel into its narrative.

Set in Amelia County of Wyoming, the series centres on the close-knit household of Royal and Cecilia Abbott, whose family is coping with the sudden disappearance of Rebecca, the wife of their son Perry.

Caring for their motherless granddaughter, Amy, and being a support to Perry and Rhett, their other son whose Rodeo career is hanging on the leash, the Abbots are troubled by the Tillersons, their boisterous neighbours who are constantly needling them to sell their land.

To make matters worse, the appearance of a young squatter named Autumn Rivers camping on the west side of their land close to where the mysterious giant hole “connected to time” has appeared on their ranch adds to their woes.

The narrative gathers momentum after the accidental death of one of the residents of the county, and with the Deputy Sheriff following the many trails, the pace seldom slows down. Narrated in a non-linear manner with flashbacks and flashforwards, the plot does seem a bit scrambled by the eighth episode as fatigue sets in.

While the dependence on the super-power (God) is there right from the first frame of the series to its last, the metaphysical sci-fi element at the centre of the narrative meshes seamlessly into the tale, making the entire story relatable.

‘Outer Range’ is a shrewdly made, eight-episode series where its ace cast give it their all in a casual way that only professionals this seasoned and gifted can. All the characters are well-etched, and most of them display a tinge of noir characteristics.

Among the older lot Josh Brolin as the rancher Royal Abbott, Lili Taylor as his farm wife Cecilia, and Will Patton as their irrational and physically sick neighbour Wayne Tillerson, are very convincing.

So are Imogen Poots as the furtive hippy Autumn Rivers, Tom Pelphrey as the troubled Perry, Olive Abercrombie as his daughter Amy, Lewis Pullman as the depressed Rhett, Tamara Podemski as Deputy Sheriff Joy, and Noah Reid and Shaun Sipos as Wayne’s sons Billy and Luke. They are memorable in their roles.

Visually the series is mesmerising. With atmospheric indoor shots and brilliantly captured outdoor scenes, the series is worth watching on a large screen. The image that stays in your mind’s space is the herd of cattle galloping across the frame.

Accompanying the visuals is the exciting background score packed with a vague selection of music which includes some excellent country songs that make the series light and enjoyable.