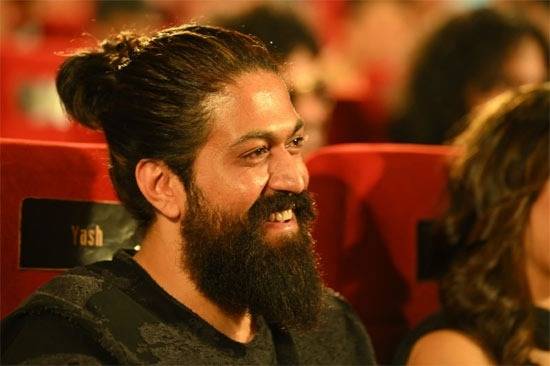 Kannada actor Yash, who is currently enjoying the blockbuster pan-India success of ‘KGF: Chapter 2,’ stated that fans are the only group of people who unconditionally love a celebrity.

Speaking on multiple topics in one of his interviews, Yash said: “Regardless of the other factors, your fans are the only ones who love you. They buy a ticket, come in, watch you on the screen, and then leave. They are unconcerned about your religion, caste, or community.”

Yash stated that his family was surrounded by fake people who only wanted to be with them during good times when discussing the success and failure patterns in the movie industry.

On being quizzed about how Yash receives failures, he said, “Failure is practical. It is so real”.

“The same people who treated my parents unfairly before, now claim to be close to our family,” Yash explained.

“But see it through a neutral lens and laugh it away,” the ‘Googly’ actor added.

With his latest release, ‘KGF: Chapter 2’, Yash officially entered the pan-India space. Prashanth Neel’s directorial has received a lot of attention as it is doing well at the box office across the country.

Riding high at the box office after its theatrical release, ‘KGF: Chapter 2’ is giving fans one more reason to cheer as the makers have now brought out ‘The Monster Song’ from the album.

The song holds a special place for the makers and fans as it is a mix of 6 languages. Sung by Adithi Sagar and Ravi Basrur the song will add a sound to the real monster avatar of Rocky Bhai.

From the high-octane performance of ‘Rocky Bhai’ a.k.a. ‘Rocking Star’ Yash to the mind-blowing songs ‘KGF: Chapter 2’ has come as a full package of a mass entertainer for the audience. The release of a new ‘The Monster Song’ from the album is bringing out the daredevil monster vibe.

Released nationwide on April 14, the film is being presented in North-Indian markets by Ritesh Sidhwani and Farhan Akhtar’s Excel Entertainment and AA Films.

Splendid performance in the Hindi markets

A week after its release, ‘KGF: Chapter 2’ continues to cast its spell on Hindi moviegoers. Being a regional language film, the film is racking up a splendid performance in the Hindi markets.

After registering the highest 3rd-day collection with Rs 143.64 crore, the movie has crossed the magic figure of Rs 250 crore in its first week.

Collecting 254.97 crore net (Rs 300.86 crore gross) over 7 days in the Hindi belt, the film has emerged as the highest 1st-week collector and also the first movie to cross the figure of Rs 250 crore at the Hindi box office.

In more cheer for the makers, the film is consistently improving its individual day collection also in this market. KGF-Chapter 2 earned Rs 16.35 crore (Net) on the 7th-day.

The film headlined by Yash and starring a talented ensemble cast including Sanjay Dutt, Raveena Tandon and Srinidhi among others released nationwide on April 14, in Kannada, Telugu, Hindi, Tamil and Malayalam. ‘K.G.F- Chapter 2’ is written and directed by Prashanth Neel.

KGF 2 is being presented in North-Indian markets by Ritesh Sidhwani and Farhan Akhtar’s Excel Entertainment and AA Films. Excel has given super hits like Dil Chahta Hai, Zindagi Na Milegi Dobara, Dil Dhadakne Do, and Gully Boy among others.